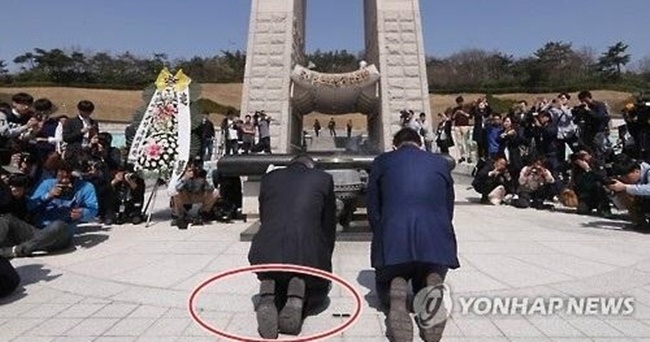 The footwear maker, famous for its representation of hearing-impaired people, announced its foray back into the shoemaking industry after the company’s CEO Yu Suk-yeong announced the plan on Kim Hyun-jung’s News Show on CBS Radio. (Image: Yonhap)

The footwear maker, famous for its representation of hearing-impaired people, announced its foray back into the shoemaking industry after the company’s CEO Yu Suk-yeong announced the plan on Kim Hyun-jung’s News Show on CBS Radio.

During the radio interview, Yu revealed the company is currently working to introduce new products for the upcoming spring.

Along with its support of the disabled, AGIO received media coverage in May when President Moon Jae-in’s heavily worn shoes were found to have been made by the shoemaker.

Moon was spotted sporting a pair of handcrafted formal shoes made by workers at AGIO during a public appearance earlier this year.

AGIO’s comeback comes after years of hiatus since the company went bankrupt in 2013, after prejudice against disabled people. 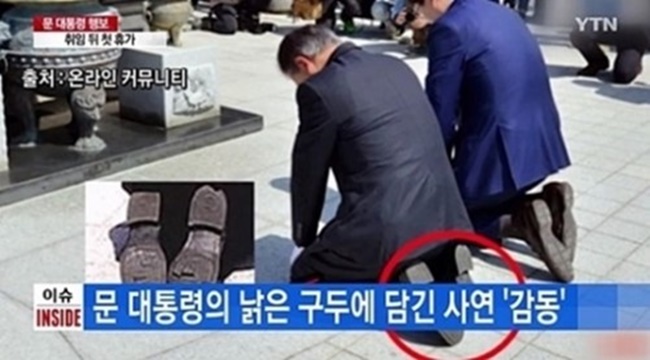 The picture above shows President Moon wearing a pair of shoes made by AGIO. (Image: YTN)

Since the news gained public attention however, many people have kept in touch with the CEO, lending support to one of the few companies in the country that boasts high representation of people with disabilities.

“(In the wake of the news), many people sent a message of courage, saying they will buy a lot of our shoes.”

“With preorders coming in even before samples are made, we were able to make do and build a factory and purchase material to restart our business.”

Yu also said celebrities including writer Yu Shi-min and singer Kang Won-rae also offered to give help, while one renowned shoemaker offered to help AGIO with 10 types of men’s shoes to help the company grow bigger.

Yu says many people have lent a helping hand to give support in creating jobs for hearing-impaired workers, and he is hopeful that the company will be able to achieve success this time.

With the shoemaker back in business, Yu says he wants to make a new pair of shoes for President Moon.

Moon has reportedly contacted Yu to order a pair, but his order didn’t go through as the company was going through bankruptcy during that time.

“Since the president paid the exact price for his previous pair, I will charge him the same price this time, too,” Yu said while laughing.