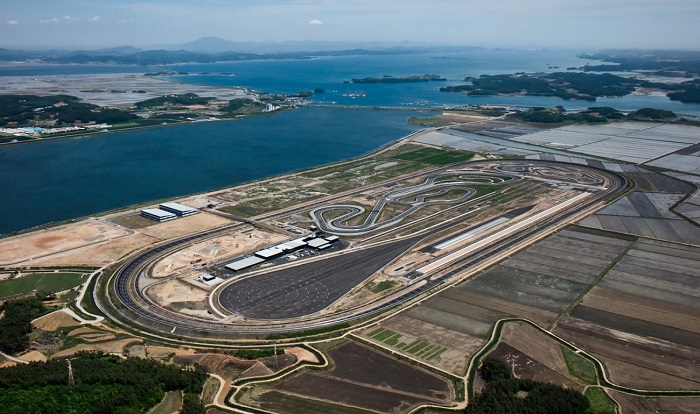 This undated photo provided by Hankook Tire shows its new proving ground Hankook Technoring in Taean on the western coast of the country.

Hankook Tire has invested 230 billion won (US$180 million) to build Hankook Technoring in Taean on the western coast of the country, the company said in a statement.

The new proving ground covers 1.26 million square meters, which is tantamount to 125 soccer fields combined. It has 13 testing tracks mainly for electric vehicle and supercar tire products, it said.

High-speed driving tests are also possible at the speed of 250 kilometers per hour.

Hankook Tire, the world’s sixth-biggest tiremaker by sales, earns over 80 percent of its total revenue abroad.

It has eight plants — two in South Korea, one in Hungary, one in the United States, three in China and one in Indonesia — whose combined capacity reaches 102 million tires per year.

The company plans to invest 300 billion won by 2025 in upgrading its domestic facilities and to increase its global output capacity to 150 million tires by 2030.