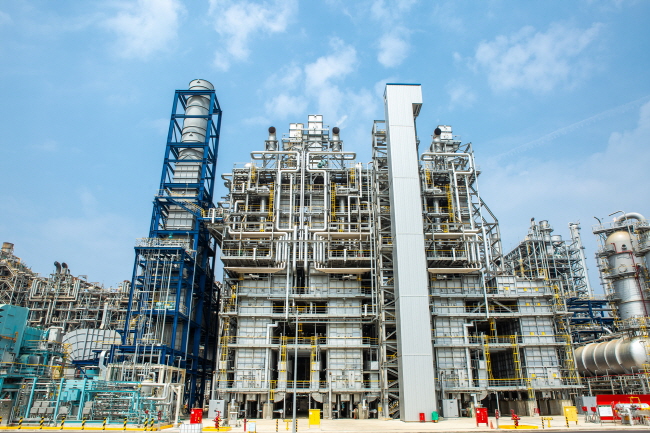 The company said its new cracker expects to generate 590 billion won in sales.

With the latest expansion, Hanwha Total’s annual ethylene production capacity will be 1.4 million tons, while that of propylene will reach 1.06 million tons.

Both ethylene and propylene are key materials in making petrochemical products like plastics.

Most crackers run on naphtha, but Hanwha Total said its latest cracking facility uses liquefied petroleum gas (LPG) as a feedstock, which is cheaper than naphtha.

Hanwha Total said it is working to increase its polyethylene production by 400,000 tons by the end of this year.

Hanwha Total posted 5 trillion won in sales in the first half of the year, down 7.4 percent from a year ago, while its operating profit plunged 67 percent on-year to 217 billion won.