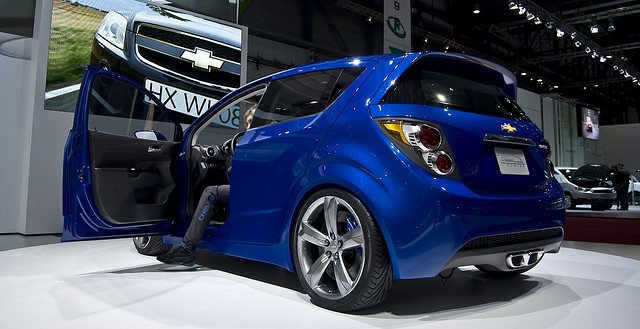 Of particular note, the share of the Aveo’s hatchback model increased to 50.5 percent from 38.2 percent over the same period. (image: David Villarreal Fernandez/flickr)

SEOUL, May 6 (Korea Bizwire) – Once, Korea’s compact car market was dubbed as “graveyard for hatchbacks.” However, as more Korean drivers are seeking hatchback-style compact cars,  purchasing trends are aligning with those in Europe as buyers prioritize practicality.

According to sales data from the local auto manufacturers, from January to April a total of 9,304 small-sized cars including Hyundai Motor’s Accent, Kia Motors’ Pride and GM Korea’s Chevrolet Aveo were sold. Among them, 2,430 units were hatchback models, accounting for a 26.1 percent share and a 2.4 percentage point increase over the same period of the previous year.

In the past, Korean drivers preferred classic sedan models as hatchbacks were viewed as being typical of commercial transport use. Their compact car market share accounted for only around 10 percent, with negligible sales in the mid-size segment.

With the rise of hatchbacks, Korea’s compact car market is increasingly similar to that of Europe, thanks to a change in consumers’ recognition of new models, and tasteful hatchback designs.

An industry official said, “The growing preference among the young generation for practical vehicles has boosted their sales in the market.”