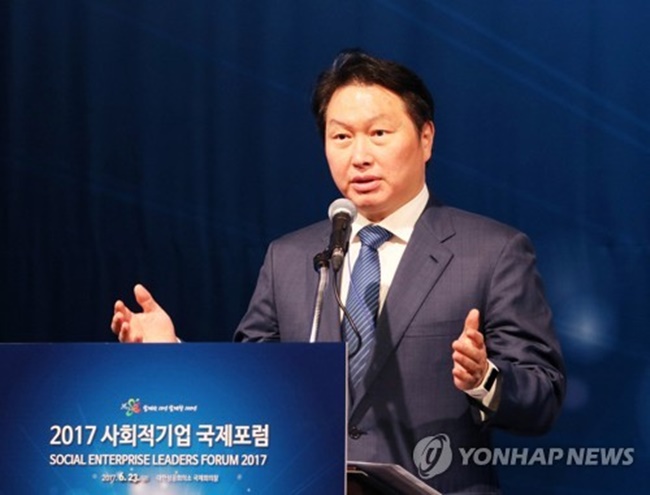 The remark came as a global consortium including South Korea’s SK hyinx Inc. was tapped as the preferred bidder for the sale of the memory arm of Japanese tech giant Toshiba earlier this week. (Image: Yonhap)

The remark came as a global consortium including South Korea’s SK hyinx Inc. was tapped as the preferred bidder for the sale of the memory arm of Japanese tech giant Toshiba earlier this week.

The consortium included Japanese players and U.S. Bain Capital. Taking anti-monopoly regulations into account, SK hynix is expected to join the consortium by offering loans, instead of directly contributing to buy the chipmaking operation.

Chey’s remarks come as many in the industry said the arrangement could face hurdles down the road, as U.S.-based Western Digital filed a request for arbitration with an international court, demanding exclusive negotiation rights.

Japanese media reported that Toshiba is seeking to have Western Digital join the consortium, which would emerge as yet another variable for the deal.

If SK hynix secures at least half of Toshiba’s shares, it will immediately grow to become the second-largest player in the NAND market, although it is more likely to only take over 15 percent of the combined stake in the consortium. Even with this modest share, the deal can play a crucial role in the company’s efforts to seek sustainable growth and position itself well going forward, the industry watchers said.