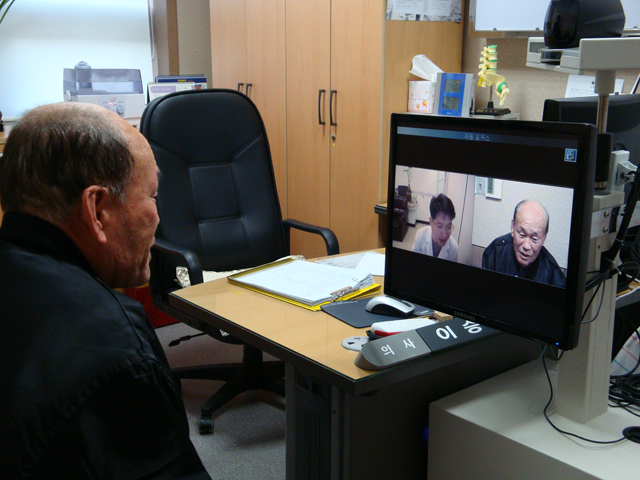 The government believes that telemedicine should be revitalized, but the services are being held back by opposition from relevant parties. (image: Ministry of Health and Welfare)

Telemedicine is designed to provide quality healthcare to people who live in hard-to-reach areas, such as deep-sea fishermen and residents of remote islands, by connecting patients to doctors using the Internet in one of the world’s most wired countries.

In December, South Korea announced a plan to begin limited telemedicine service this year, though it faces an uphill battle to win endorsements from doctors.

The Korean Medical Association, which represents some 100,000 physicians across the country, is strongly opposed to the move, citing safety concerns and other potential problems.

Doctors argue that the new scheme could make it easier for patients to reach large hospitals, eventually hurting smaller clinics in their neighborhood.

Under the current Medicine Law, doctors are restricted in the way they can provide services through telecommunications.

In 2015, South Korea increased the number of people in its telemedicine pilot program to about 5,300 on seven remote islands, as well as prison inmates, deep-sea fishermen and soldiers near the border with North Korea, to check the feasibility of the system before expanding it across the country.

The government believes that telemedicine should be revitalized, but the services are being held back by opposition from relevant parties.

The health ministry is planning to run more pilot programs for telemedicine this year.