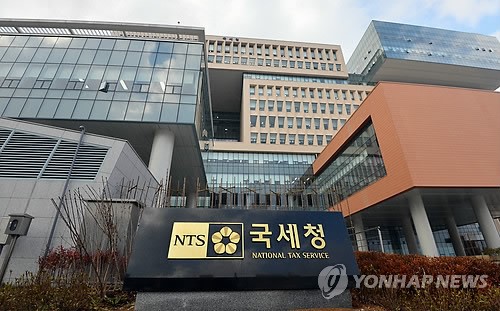 The latest data represents the fifth year in a row since 2010 that taxes grew faster than household income gains. (image: Yonhap)

According to figures provided by Statistics Korea, average income for a two-person household stood at 4,314,334 won (US$3,928.9) in the January-September period, up 3.6 percent from the year before. The monthly tax burden stood at 154,276 won, a 5.9 percent, or 8,606 won, increase from the year before. Taxes include both ordinary or fixed dues and non-regular taxes, although value-added taxes are excluded.

The latest data represents the fifth year in a row since 2010 that taxes grew faster than household income gains. In 2010, earnings grew 5.8 percent on-year, while taxes jumped 11.5 percent.

In addition to taxes, the latest findings showed a faster rise in pensions and welfare insurance expenditures by South Koreans.

The trend was confirmed by the government, which said income taxes collected from ordinary citizens have been rising, while corporate taxes have been on the decline.

South Korea has been collecting more income taxes compared to corporate taxes since 2012, with the former as a rule accounting for 40 percent of all annual tax earnings in recent years.