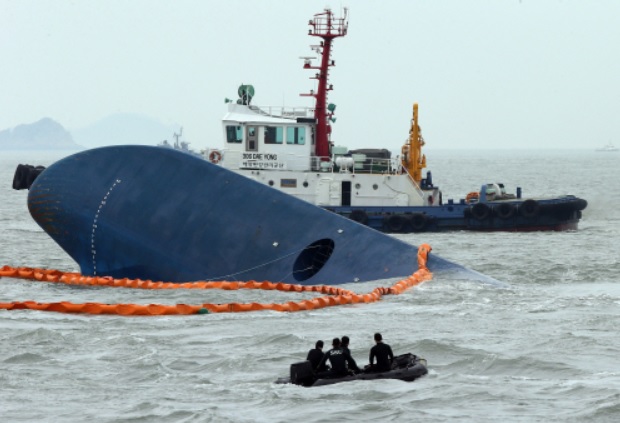 The Ministry of Health and Welfare with cooperation from Gyeonggi Province on April 16 formed a task force which offers psychological supports for the ferry accident survivors and bereaved families to prevent post-traumatic stress disorder (PTSD) after the accident.

SEOUL, Korea, April 18, 2014 (Korea Bizwire) – Worrying about the psychological impact of the survivors from a recent tragic ferry accident, the Korean health ministry prepares for mental supports with helps from medical centers and related offices.

The Ministry of Health and Welfare with cooperation from Gyeonggi Province on April 16 formed a task force which offers psychological supports for the ferry accident survivors and bereaved families to prevent post-traumatic stress disorder (PTSD) after the accident.

On April 16, the ferry Sewol bound for the southern resort island of Jeju from Incheon sank at the sea of southwestern tip of the Korean Peninsula. Of the 475 passengers including 325 students on a school trip to the island and crew, 179 people have been rescued and 25 were confirmed dead as of 4 am of April 18. As 271 are still missing and are believed to be trapped inside the tipped-over ferry, the death toll will rise sharply.

The ministry dispatched the team to a hospital in Ansan where some 70 rescued students were placed and offered psychological counselling to them. Also, part of the team was sent to Jindo, where the rescue team headquartered to offer on-site support.

The ministry also ordered national hospitals in Seoul, Gongju and Chuncheon to form mental support teams for the victims and they could be mobilized when necessary. As the casualties grew more than expected, the ministry will offer a wide variety of psychological support for the whole students and teachers of the high school and all the citizens in Ansan as well as the survivors and the bereaved.

An official at the ministry said, “To prevent PTSD, we will implement counselling services to all the related people and help them get medical supports when needed.”

Meanwhile, as all the nation is mourning on the tragic accidents, there are mounting criticism against the reckless “breaking news” competition and inappropriate manners of media reports.

JTBC, a cable news channel, was most harshly criticized by the public. By informing the death of a high school classmate while interviewing a survivor, it was beaten by public anger. For this, Son Suk-hee, the main anchorman in JTBC news, apologized for it during his primetime news broadcasting.

Terrestrial channel MBC also reported that how much the victims could get compensation money from insurance companies, not an appropriate news item given the current situation.

For this, the Korea Communications Standards Commission warned local media outlets to refrain from making sensational or overly competitive reports on the ferry accident by saying that there were problematic reports by showing excessively sensational images or asking inappropriate questions to the survivors and the bereaved.