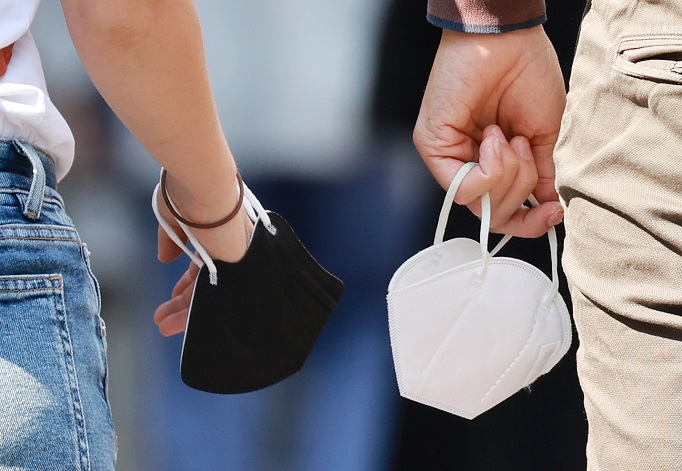 SEOUL, Sept. 26 (Korea Bizwire) — Despite the government’s decision to fully lift the outdoor mask mandate from Monday, past experience indicates that the change in the government’s mask-wearing policy is unlikely to have a big impact on mask output.

According to the Ministry of Food and Drug Safety, the nation’s facial mask output stood at 65.99 million in the first week of August, almost similar to 63.95 million a year ago.

During this period, there was a big change in the government’s mask-wearing policy. The government lifted a substantial part of outdoor mask mandates starting in May.

“Even now, most of the people walking on the streets still wear facial masks. Despite the lifting of outdoor mask mandates, the nation’s mask-wearing rate is still high,” said Paik Soon-young, an emeritus professor of microbiology at the Catholic University of Korea.

Even if the number of people who do not wear masks in outdoor areas increases, the demand for facial masks is likely to remain strong since indoor mask-wearing mandates remain unchanged.

In the meantime, compared to the output of 91.61 million marked in the first week of March when the omicron variant was tightening its grip on the country, the mask output for the first week of August represented a 28 percent decline.

This can be interpreted as being affected by the lifting of outdoor mask mandates. Nonetheless, however, there are some who stressed that it’s difficult to neglect seasonal factors.