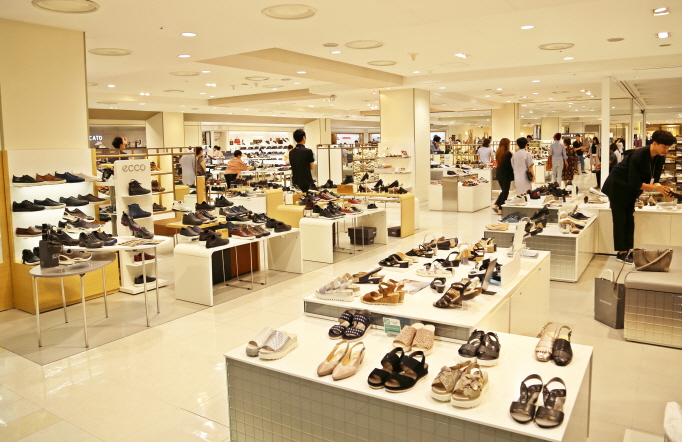 According to retail sector data, revenues from restaurants inside Lotte Department Store jumped 10.6 percent on-year between July 16 and Aug. 22 when the mercury sharply rose.

Shinsegae Department Store also saw its revenue in July surge 8.4 percent compared with the same period a year earlier, with designer brands and home appliances, among others, showing brisk sales growth of 19.7 percent on-year and 18.9 percent on-year, respectively, it said.

Record high temperatures gripped most parts of South Korea this summer. On Aug. 1, the country sizzled to its highest recorded temperature of 40.7 C, with the numbers for Seoul reaching the highest since record keeping began 111 years ago.