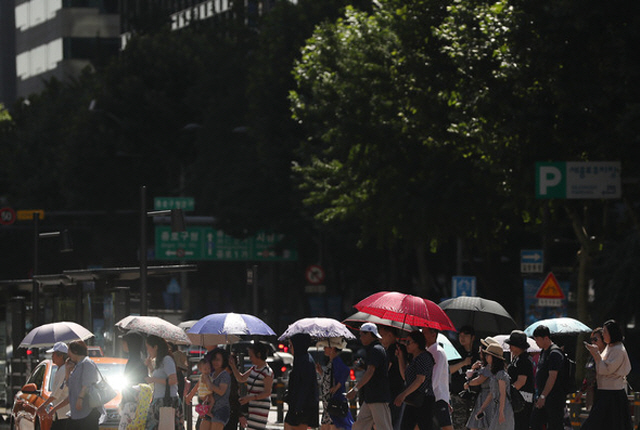 According to retail giant Lotte, 4.22 million people visited Lotte World Mall in eastern Seoul in July as of Sunday, up 14 percent compared with the same period a month earlier.

The company said the mall’s sales in July rose 12 percent compared with the previous month.

According to another major retailer Shinsegae, a daily average of 100,000 to 110,000 people visited its shopping complex Starfield in Hanam, just southeast of Seoul, on weekends last month, up 10 to 20 percent from its usual average of 90,000.

Shinsegae Department Store also saw its revenue from July 16-30 surge 11 percent compared with the same period a year earlier, with home appliances, among others, showing a brisk sales growth of 30.8 percent on-year, it said.

The latest sales surge came as a scorching heat wave gripped the country, with Hongcheon, 102 kilometers east of the capital, logging the country’s highest-ever temperature of 40.3 C on the same day.