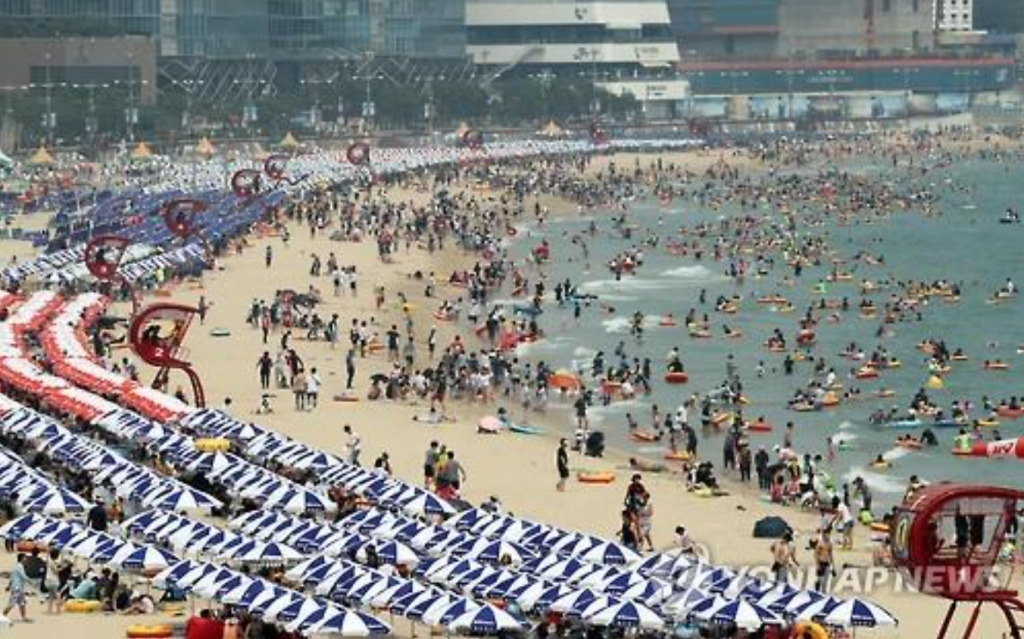 SEOUL, July 25 (Korea Bizwire) – The scorching heat gripping the Korean Peninsula is forecast to continue through early August, with the temperature hovering above 33 C in many regions, South Korea’s weather agency said Sunday.

The Korea Meteorological Administration (KMA) said the heat wave sweeping the country is likely to continue for some time and reach its peak early next month.

On Sunday, the temperature in Daegu, some 302 kilometers southeast of Seoul, reached 36 C at around 2:40 p.m., setting the highest temperature recorded throughout the country this year, the KMA said. The inland city has a record of reaching 37 C in July last year.

In June, temperatures in South Korea averaged 22.3 C, the third highest since 1973, while three heat wave warnings have been issued in Seoul so far this year. The warning is issued when temperatures are likely to stay above 33 C for two consecutive days.

The agency has issued a higher alert for Daegu and other cities in four provinces, including North Jeolla and North Chungcheong, as temperatures there are likely to hover around 35 C for two straight days.

“A number of people have been suffering from heatstroke and other heat-related illnesses,” a meteorological official said, asking people to refrain from outdoor activities.

KMA officials said the sweltering weather is expected to affect the peninsula until September after peaking in early August under the influence of a North Pacific Ocean high pressure system.