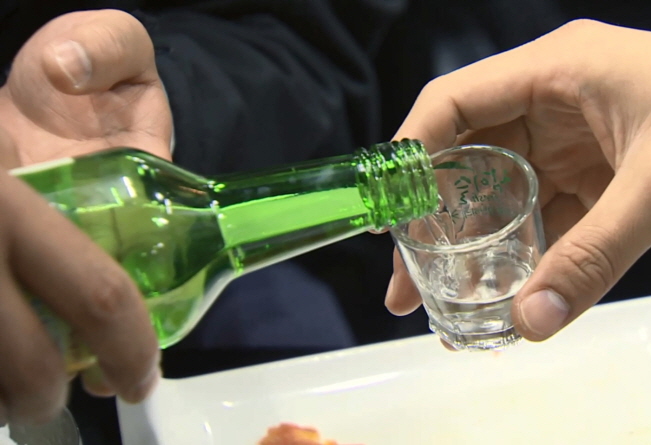 Alcohol, along with cigarette ingredients arsenic and cadmium, are considered highly carcinogenic and addictive. (image: Yonhap)

SEOUL, Nov. 14 (Korea Bizwire) — A new study has found that 13 South Koreans die on average per day due to alcohol-related circumstances.

In addition, such high levels of alcohol consumption are costing society nearly 1 trillion won every year.

Alcohol, along with cigarette ingredients arsenic and cadmium, are considered highly carcinogenic and addictive.

According to the national statistical office, a total of 4,809 people died due to alcohol-related diseases in 2017, which averages to roughly 13 deaths per day.

Excessive alcohol consumption has also become a threat to society at large.

According to data released by the Road Traffic Authority, 9 percent of traffic accidents were linked to drunk driving, while 10.3 percent of cases involved drunk casualties.

Critics say that despite the physical and social harms that arise from alcohol consumption, social change is stagnant because of the preexisting social culture that is reinforcing unhealthy drinking practices.

Another factor that contributes to the dearth of social change regarding alcohol is the lack of relevant government policies to deal with the issue.

Regardless of time and location, alcohol products are ubiquitous and drinking in public places such as parks and beaches has become the norm.

But the harm caused by such rampant drinking consumption habits has become quite alarming.

A survey found that 66.7 percent of the public had experienced fear stemming from violence that had occurred when other parties were drunk. Moreover, aggressive marketing efforts of liquor companies have far reaching effects.