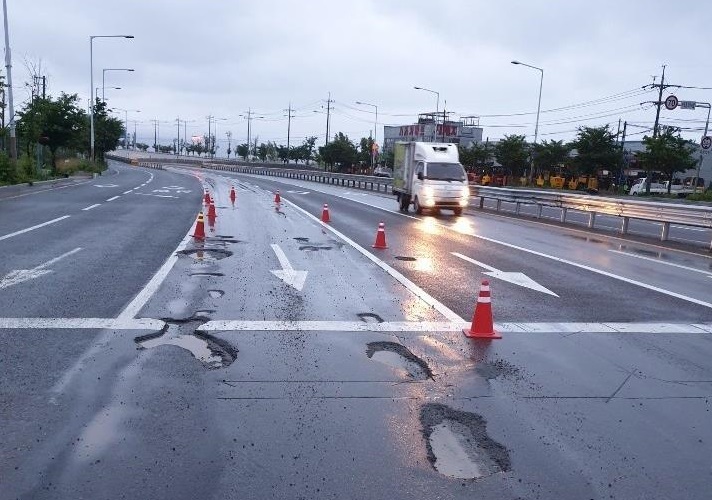 As such, there are an increasing number of patents that deal with repairing sealcoated roads and pavement.

Potholes refer to pot-shaped depressions in a road surface where traffic has removed broken pieces of the pavement.

According to the Korean Intellectual Property Office (KIPO), patents related to repairing sealcoated pavement submitted in the last three years (2015 to 2017) accounted for 11.9 percent of all traffic related patents, which is a 50 percent increase from the previous seven years (2008 to 2014).

Among various kinds of maintenance, including cracks, rutting, and others, patents related to repairing potholes have increased by 84.2 percent.

“Potholes are one of the major causes of major car accidents, which calls for R&D from large-sized companies or public research institutions as small to medium-sized firms or individuals only have limited technological capabilities to address them,” said Hwang Seong-ho, head of Land and Environment Evaluation at KIPO.

“We expect more technologies to combine with the Fourth Industrial Revolution.”