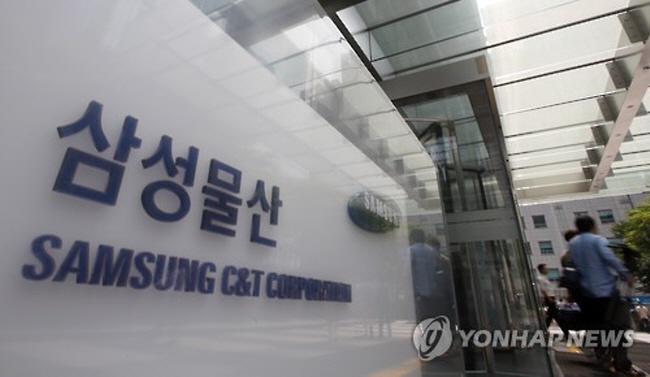 Market watchers said Samsung and Elliott are expected to engage in a fierce battle to drum up shareholder support. (image: Yonhap)

The legal action by Elliot Management comes after Cheil Industries Co., Samsung’s de facto holding company, announced a plan to take over construction and trading unit Samsung C&T Co., a move that would allow heir apparent Lee Jay-yong to tighten his grip on the conglomerate.

Last Thursday, Elliot disclosed the acquisition of a 7.12 percent stake in Samsung C&T and expressed opposition to the proposed merger, which it claims “significantly undervalues” Samsung C&T and the terms are “neither fair nor in the best interests” of its shareholders.

“Elliott continues to believe that the proposed takeover is clearly neither fair to nor in the best interests of Samsung C&T’s shareholders, and that it is unlawful,” the company said in a press release.

“Elliott has therefore taken the step today of commencing legal proceedings for an injunction against Samsung C&T and its directors in order to seek to prevent the proposed takeover from going ahead and thereby protect the interests of Samsung C&T’s shareholders.”

A Hong Kong-based Elliott official told Yonhap News Agency the injunction was submitted with the Seoul Central District Court. He said the company cannot comment on whether Elliott is seeking to make a joint move with other shareholders against the move.

Founded by Paul Singer in 1977, the hedge fund holds US$26 billion under its management. It currently holds a 7.12 percent stake in Samsung C&T Corp. after it bought more shares this past Wednesday.

Samsung C&T said it will take legal action after reviewing the details of the injunction.

The shareholders list for Samsung C&T will close on Thursday with the shareholders meeting slated for July 17. An investor must acquire shares by Tuesday to exercise their rights next month.

The merger plan must win approval from shareholders with two-thirds of the voting rights and a third of outstanding shares in order to pass the shareholders meeting.

Market watchers said Samsung and Elliott are expected to engage in a fierce battle to drum up shareholder support.

Samsung affiliates and the group’s de facto head Lee Kun-hee currently hold a combined 13.99 percent stake in Samsung C&T. Samsung C&T holds 5.76 percent of its own shares, but they do not have voting power.

The National Pension Service, which owns 9.79 percent of Samsung C&T, and other local institutions will likely throw their support behind Samsung, while overseas investors are anticipated to side with Elliott, according to the watchers.

The Netherlands-based pension fund APG, which holds a 0.35 percent stake, had also expressed its discontent with the merger, adding Samsung C&T is undervalued in the deal.

Once the merger is completed, Jay-yong will become the biggest shareholder of the merged entity with a 16.5 percent stake and rise to the top of the group’s hierarchy. The new merged entity will be named Samsung C&T as it is one of the original arms of Samsung Group.

Some industry watchers here said the main intention of Elliott appears to be profit-taking rather than to actually stop the merger deal.