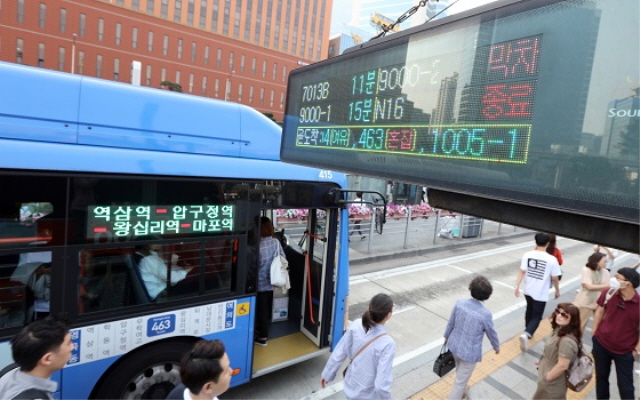 Commuting data used in previous administrations has frequently been criticized for its lack of precision, as it has typically been collected only once in every one to five years. (Yonhap)

The city announced on Tuesday that it will set up a database of the commuting population using big data from public transportation and communication services to establish residence and traffic policies.

The aim is to use the database to understand each gender and age group that forms the commuting population and the amount of time spent on commuting to school or work, all of which will be utilized in a policymaking process next year.

To maximize the precision and utility of the collected data, Seoul will be divided into some 1,200 zones.

Commuting data used in previous administrations has frequently been criticized for its lack of precision, as it has typically been collected only once in every one to five years.

Seoul expects that the new initiative will produce effective data that can help with timely decision making to expand public transportation routes in high demand or selecting appropriate space for public housing.