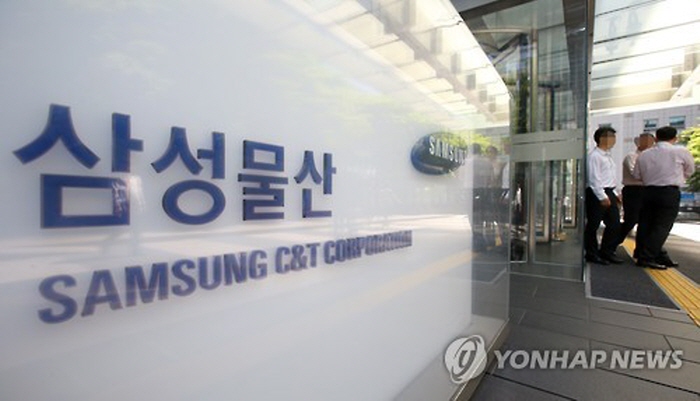 Market watchers say chaebol can easily become a target of activist hedge funds due to their opaque decision-making processes and the interlocking shareholder structure. (image: Yonhap)

SEOUL, Jun. 5 (Korea Bizwire) — A U.S. hedge fund’s stake hike in Samsung C&T Corp. and objection to a proposed merger with Cheil Industries Inc. may not be strong enough to upend the well-orchestrated plan, but it could complicate Samsung Group’s restructuring move ultimately aimed at a smooth leadership change, market watchers said Friday.

Known for its tough approach, Elliot Management said Thursday it acquired a 7.1 percent stake in Samsung’s construction and trading unit to participate in the company’s management, saying the US$8 billion takeover “significantly undervalues” Samsung C&amp;T and the terms are “neither fair nor in the best interests” of its shareholders.

Elliot, which manages $26 billion in assets, previously held a 4.9 percent stake in Samsung C&T and bought an additional 2.2 percent in shares Wednesday to emerge the No. 3 shareholder after the state-run National Pension Service (NPS) and sister company Samsung SDI, according to South Korea’s financial regulator.’

The move is the first outside challenge to the merger between the key affiliates, which many believe is crucial to a smooth leadership change at South Korea’s top family-controlled conglomerate, which are called chaebol here.

Cheil serves as the de facto holding company of Samsung Group via a complex cross-shareholding structure, a typical tactic chaebol owners adopt to control their business empires with a handful of stakes and a bone of contention among foreigners investing in Korea Inc.

Samsung Group downplays the impact of Elliot’s challenge on its restructuring plan.

“Other major shareholders are positive (about the merger), and share prices indicate the market is also welcoming the move,” a Samsung Group official said Thursday.

The latest merger plan is considered a critical step before a leadership shift from chairman Lee Kun-hee to his only son, Jay-yong, vice president of Samsung Electronics Co. Once the process is completed in September, Jay-yong will become the biggest shareholder of the new entity at 16.5 percent and stand at the top of the group’s hierarchy.

The fund’s defiant move drew keen attention as a previous attempt at a merger between Samsung Heavy Industries Co. and Samsung Engineering Co. failed last year after opposing stakeholders sought to sell more than 1.5 trillion won worth of stocks back to the company.

Market analysts say this case is different as shareholders of Cheil and Samsung C&T saw shares surge following the merger announcement on May 26, giving little motivation to go against the plan.

The surprise move by the Wall Street hedge fund has sparked speculation over its intention: Does it want changes for corporate governance reform or for short-term gains?

If the latter is the case, it has certainly paid off. On Thursday, Samsung C&amp;T and Cheil Industries rose 10.3 percent and 4.9 percent, respectively, in the Seoul bourse, outperforming the broader index KOSPI’s 0.5 percent gain.

“Ultimately, Elliot may intend to shore up share prices by giving the impression of stirring up conflicts surrounding the management control,” said Kim Dong-yang, a researcher at NH Investment &amp; Securities. “It gained a considerable amount of profits even from the stock surge in just one day.”

Elliot’s opposition alone may not be enough to put the brakes on Samsung’s plan, but if other foreign shareholders join, it could complicate Samsung’s scenario. Samsung C&amp;T was 33.1 percent owned by foreigners as of Thursday.

“Elliot may have launched the attack after reaching some consensus with other foreign investors in advance,” said Chung Sun-seop, CEO of Chaebul.com, which tracks the nation’s conglomerates. “If other foreign shareholders join forces, Samsung may find it hard to proceed with the merger.”

While some critics welcomed dissenting voices against the proposed merger that seemingly benefits the Lee family the most, it is not yet clear whether it would have followers among domestic investors.

Aggressive foreign shareholders, who spurred changes in the nation’s iconic companies and pocketed quick profits, have often stirred nationalism in a country whose economy heavily relies on chaebol.

NPS, which has a 9.8 percent stake in Samsung C&T, remained cautious over the hedge fund’s move as it also holds a major stake in Cheil Industries.

“We’re carefully deliberating (Elliot’s move) as Samsung’s merger is a matter of high interest in the market,” an NPS official said, asking not to be named.

In 2004, Britain-based Hermes Investment bought a 5 percent stake in Samsung C&T, and demanded the company sell its shares in Samsung Electronics and adopt a shareholder-friendly policy. The fund sold its entire assets in less than a year to cash in $36.4 million.

That rings a bell.

In 2003, the Dubai-based Sovereign Asset Management targeted SK Corp., the nation’s largest oil refiner, seeking to oust chairman Chey Tae-won, who had been convicted in a $1.3 billion accounting fraud.

After doggedly pursuing governance reform for more than two years, the fund sold all of its stakes for a gain of $710 million in two years. Chey is still SK’s chief executive, and again, in jail on an embezzlement charge.

In 2005, legendary corporate activist Icahn and his ally Warren Lichtenstein launched a high-profile fight for the control of KT&G Corp., urging the state-run tobacco and ginseng maker to sell non-core assets and increase share buy-backs and dividends. They sold most of their stocks the following year to make $120 million in capital gains.

Market watchers say chaebol can easily become a target of activist hedge funds due to their opaque decision-making processes and the interlocking shareholder structure, which is considered one of the reasons for the low equity valuation of Korean companies, called the Korea Discount.