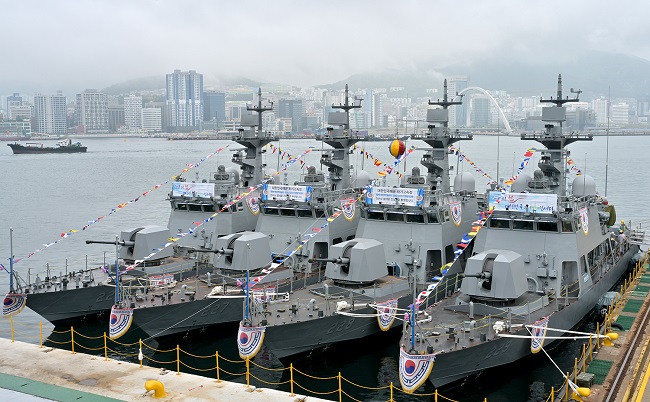 HJ Shipbuilding & Construction said in a regulatory filing that it has bagged the order from the Defense Acquisition Program Administration in line with the Navy’s program to upgrade its patrol vessels.

The shipbuilder, formerly Hanjin Heavy Industries & Construction Co., did not disclose when the patrol vessels will be delivered to the Navy.

The Koreas engaged in two deadly naval skirmishes in the Yellow Sea close to the NLL in 1999 and 2002.

Hanjin Shipbuilding & Construction has constructed more than 100 high-speed patrol boats for the Navy since 1972.

In April 2021, a consortium led by local builder Dongbu Corp. acquired a controlling stake in Hanjin Heavy Industries & Construction from the latter’s creditors led by the state-run Korea Development Bank.