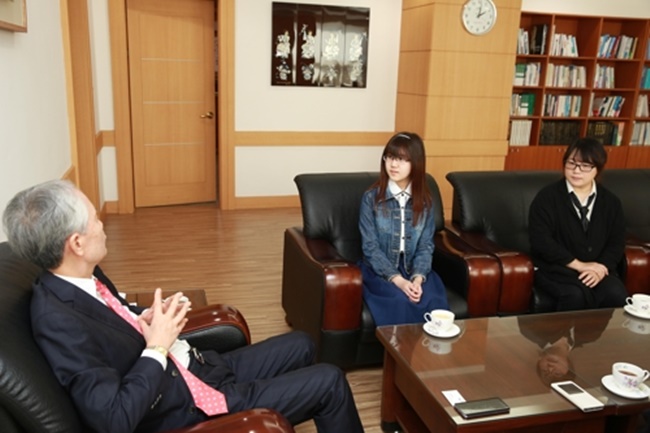 Lee Ji-yeon is expected to enter university next year at the age of 14, while most people her age in South Korea will be going to high school. (Image: Youngsan University)

BUSAN, Nov. 15 (Korea Bizwire) – A 14-year-old homeschool student will begin a law degree next year after becoming the youngest person to be accepted into Youngsan University.

Lee Ji-yeon is expected to enter university next year at the age of 14, while most people her age in South Korea will be going to high school.

According to Youngsan University, Lee is the youngest applicant to be accepted this year, and will study law next year.

Lee began homeschooling during the summer holiday of her second year at elementary school.

“We opted for homeschooling, which allows academic freedom, instead of the closed environment of typical Korean public schools,” said Lee’s mother, Han Jung-ha.

Ever since she was four, Lee often stayed up until late at night reading books, and used to end up reading even when she was invited over to her friend’s house, Lee’s parents said.

After being officially certified as a prodigy at the age of six, Lee passed exams and earned the academic equivalents of middle school and high school diplomas, paving the way for higher education in 2018.

In the wake of her admission results, Lee and her mother met with Youngsan University President Boo Goo-wook on campus last week.

During the meeting, Lee said she was looking forward to using the library.

It was learned that The Republic by Plato was the very first book that Lee borrowed from her university.