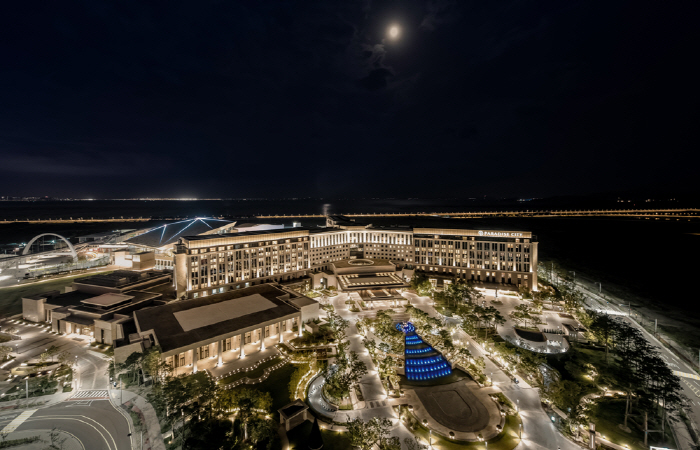 The popularity of hotels next to shopping malls is expected to continue as yellow dust and unseasonably warm weather are expected from May. (image: Trip.com)

SEOUL, May 8 (Korea Bizwire) — Hotels next to shopping complexes are enjoying a huge rise in popularity as more and more people remain reluctant to go outdoors amid high levels of air pollution.

Trip.com, an online travel agency, reported on Tuesday that its reservation rate at six hotels next to shopping malls in Seoul and Incheon between January and March had increased by 371 percent compared to the same period last year.

The biggest increase in reservation rates was at Paradise City Hotel located in Incheon. The reservation rate of the hotel increased by more than 500 percent compared to same period of last year.

In addition, Seoul hotels next to multiplexes were also popular, with the Grand Intercontinental Seoul Parnas enjoying a 275 percent increase in reservations, Conrad Seoul seeing a rise of 269 percent, the Courtyard by Marriott Seoul Times Square up by 68 percent, and the InterContinental Seoul COEX up by 33 percent.

Trip.com said the change in demand was driven by a high preference for consumers to stay indoors where one is completely safe from the poor air outside.

The popularity of hotels next to shopping malls is expected to continue as yellow dust and unseasonably warm weather are expected from May.