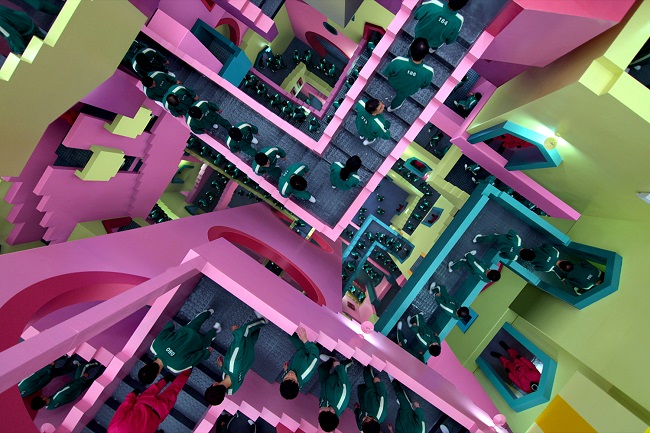 SEOUL, Oct. 15 (Korea Bizwire) — A South Korean hotel’s controversial bid to host a ‘Squid Game’ series of competitive events in the east coast city of Gangneung is unlikely to come to fruition due to COVID-19 restrictions.

The city of Gangneung recently banned St. John’s Hotel from hosting the ‘Saint Game,’ the hotel’s marketing event inspired by Netflix’s original series “Squid Game,” which was supposed to be held next Wednesday.

Gangneung is currently enforcing a Level 3 social distancing policy that bans accommodation facilities from hosting parties and other events, allows the use of no more than 75 percent of all guestrooms, and lets groups of no more than eight people (including vaccine recipients) to engage in private meetings.

St. John’s Hotel’s official website and social media accounts posted a notice last Sunday indicating that the venue would be hosting the ‘Saint Game’ on Oct. 24, with 5 million won (US$4,230) in prize money up for grabs for the final survivor of the competition.

The plan was to play four out of the six games that appeared in the original series to pick the final winner.

The entrance fee was 10,000 won per person. More than 1,000 applicants signed up for the challenge online.

The game was scheduled to take place at a local red pine forest near the hotel. The list of participants has not been disclosed.

The hotel has reportedly been considering the cancellation of the event or replacing it with an alternate activity.