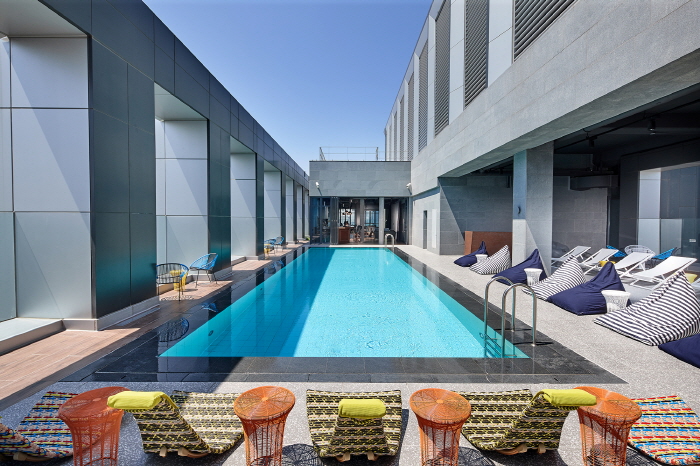 SEOUL, Aug. 8 (Korea Bizwire) — Hotels in Seoul and its vicinity are showing higher occupancy this summer as vacationers take refuge from record heat at accommodations not too far from home, their business data indicated Wednesday.

Resort-style hotel Banyan Tree Club and Spa Seoul said its package sales rose 3 to 5 percent this summer compared to the same season last year. Shilla Seoul said its reservation rate in July was up more than 10 percent from a year ago.

For Westin Chosun in Seoul, the rate for July-August increased over 10 percent. The number of the hotel’s pool users increased 35 percent during the week, nearly 50 percent on weekends, according to the hotel.

Sheraton Seoul Palace and Park Hyatt both recorded some 10 percent increase in occupancy from late July.

Hotels in Seoul’s outskirts were also seeing more customers. Rolling Hills Hotel in Hwaseong, southwest of Seoul, saw a nearly 20 percent increase in the number of walk-in customers who came without reservations.

Seamarq Hotel in Gangneung, an eastern coastal city, said its sales in July, covering rooms, foods and sports/leisure facilities, gained 9 percent compared to the same month last year. Reservations from the end of August to early September were close to the rate of the peak season, it said.