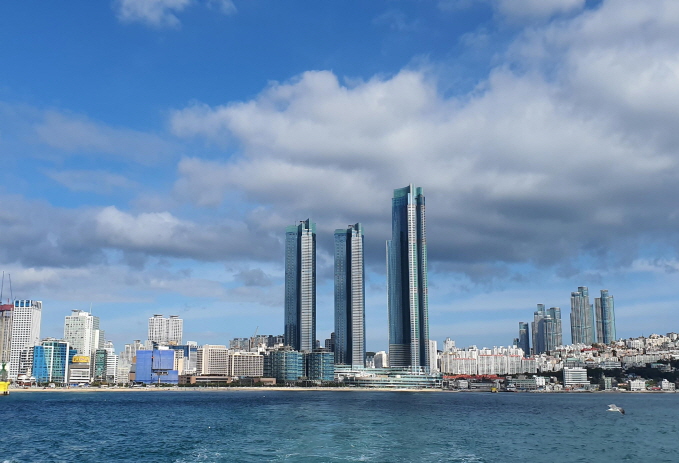 According to municipal and industry officials on Monday, Lotte Hotels & Resorts, a unit of Lotte Group, will introduce its luxury brand Signiel to Haeundae this summer, while Shinsegae Chosun Hotel Inc. also plans to debut a new hotel there around the same time.

Haeundae, well known for Haeundae Beach, is the most popular tourist destination in the southern port city.

The 260-room Signiel Busan, Lotte’s second Signiel — the first is in Seoul — will open in the 101-story Haeundae LCT complex in June.

Shinsegae Chosun Hotel is now remodeling the Novotel Ambassador Busan, also located in Haeundae, with the aim of reopening the property as a new five-star hotel in July or August, the officials said.

The company will soon unveil the brand name for its new Haeundae hotel, which will have more than 300 guest rooms.

The upcoming opening of the two five-star establishments and a number of other commercial hotels of various sizes is expected to further intensify accommodation competition around Haeundae Beach, which is already lined with more than 10 large hotels. 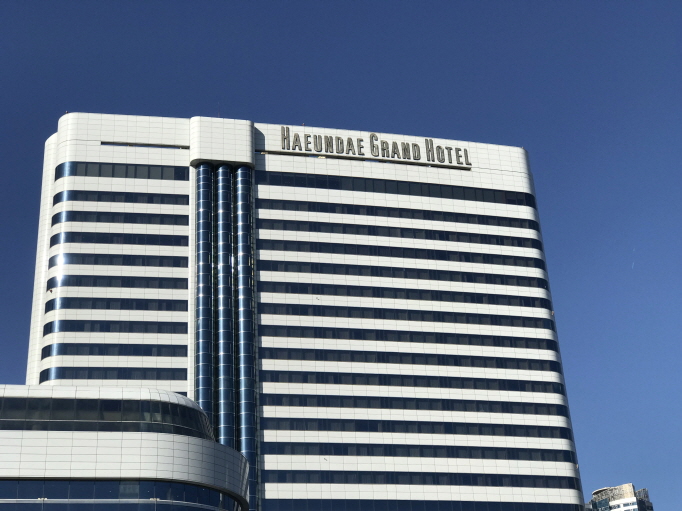 As of the end of last year, the Haeundae district was home to 22 tourist hotels, accounting for 30 percent of Busan’s hotel rooms. In other words, about 3,600 of the port city’s 11,000 hotel guest rooms are located in Haeundae.

“Last year, Busan’s hotel industry enjoyed booming business due to a series of international events hosted by the city. But the increasing competition may push the management of many hotels into danger,” said a local hotel industry official.

“The increase in competitors has battered our hotel’s management, particularly amid a prolonged business slump,” said an official from Haeundae Grand Hotel.

On the other hand, some industry officials welcomed the planned opening of Signiel Busan and Shinsegae Chosun Hotel’s entry into Haeundae as a source of fresh momentum to further stimulate the area’s tourism sector.

They expect that the growing popularity of the “hocance,” a new Korean word referring to the culture of spending one’s vacation in a hotel, may further boost demand for hotel rooms in Haeundae.

In 2017, a five-star hotel and a luxury lodging facility opened in Gijang County, near Haeundae, but the area’s existing hotels were not impacted much by the new competitors, they noted.