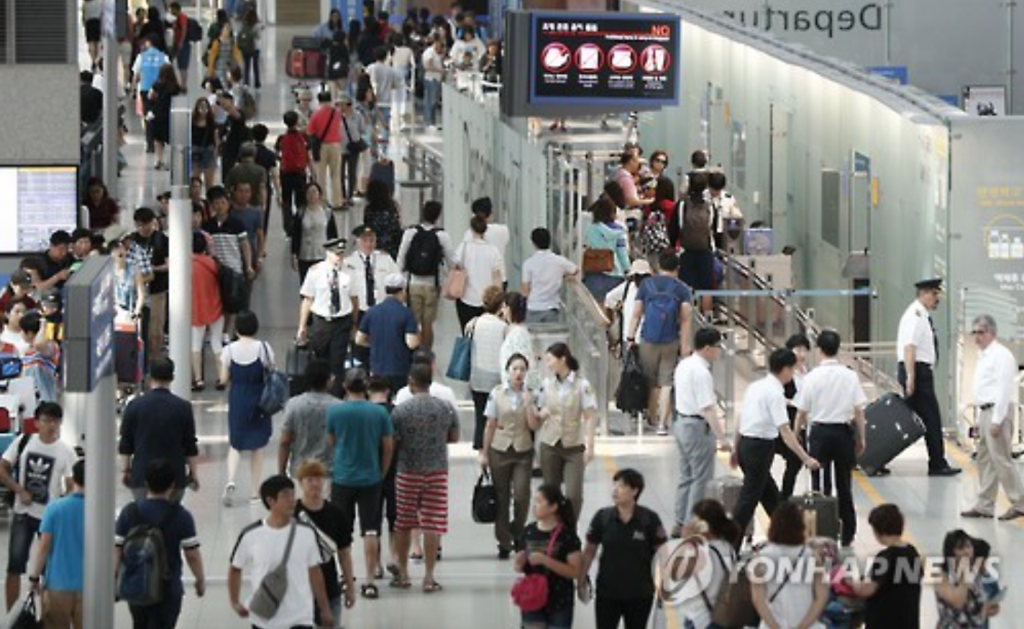 The figure accounts for 3.7 percent of households’ total spending in the first half.

The first-half data does not include local households’ purchases through “direct buying” channels, such as Amazon.com, and their expenditures during overseas business trips, the BOK data said.

In 2015, households’ overseas spending hit a record high of 26.27 trillion won, and it is on a rise this year due to increased outbound trips by South Koreans.

In the January-June period, the number of outbound travelers climbed 16.2 percent year-on-year to 10.6 million, according to the Korea Tourism Organization.

Meanwhile, foreigners spent 8.7 trillion won in South Korea in the January-June period, up 19.3 percent from the same period last year, the BOK said.