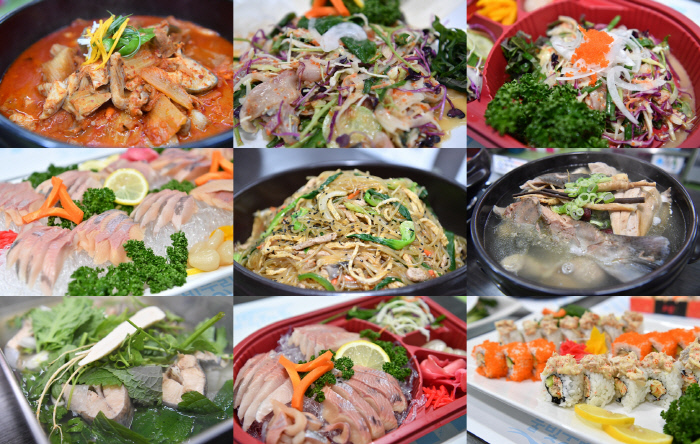 SEOUL, Dec. 28 (Korea Bizwire) — The annual Hwacheon Sancheoneo (Mountain Trout) Ice Festival, a popular winter event hosted by the Gangwon Province county of Hwacheon, has been canceled due to COVID-19.

The county is again facing a crisis to deal with large stocks of mountain trout for the second consecutive year.

It reported that 95 tons of mountain trout are being raised at fish farms nationwide.

Considering that a single trout weighs 300 grams, there are around 316,000 mountain trout being grown in the country.

The county plans to produce 50 tons of canned trout, and use the rest to make fish soy sauce, meal kits, fish cakes and others food products.

It is also looking into the possibility of selling the trout to hotels and department stores.

When the festival failed to attract enough visitors due to unseasonably hot weather, the county had to use the remaining stock of trout to make fertilizer and fish cakes.

That’s when an idea sprung up to bring mountain trout to the family table.

It ended up using 66 tons of mountain trout to make processed food, all of which sold out in only three days.

The food garnered exceptional popularity not only for its taste but also for its originality and creativity, piquing consumer curiosity and the desire for something new.

The county plans to develop various food products using mountain trout, as well exporting some to countries in Southeast Asia.