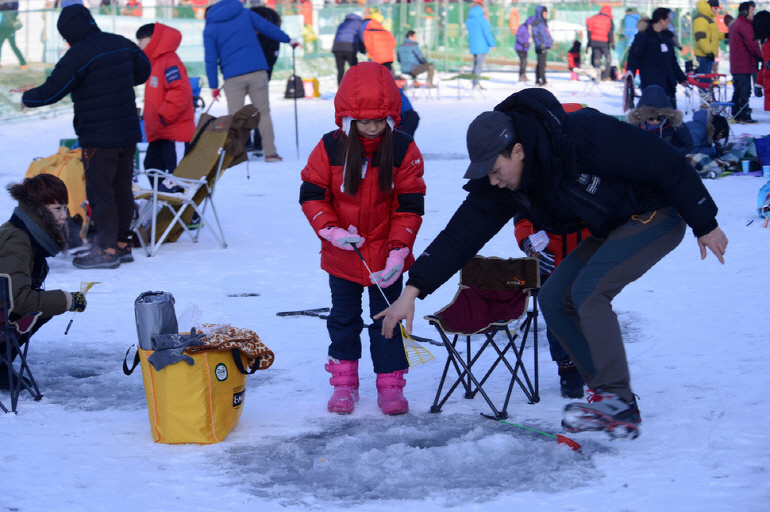 The cumulative number of visitors stood at 907,000, including 55,000 foreigners, as of Saturday, and next week is expected to cross the 1-million mark for the 12th consecutive year, according to the organizer.

Despite the cold wave that lowered the temperature to minus 12 Celsius degrees, cars were bumper-to-bumper on roads leading to Hwacheon, 118 kilometers northeast of Seoul,

Families and foreigners wearing heavy winter clothes flocked to Hwacheon Stream for ice fishing, the centerpiece of the festival. They were eager to fish for trout as long as a forearm, through 20,000 holes pierced in the 2-kilometer frozen stream.

The festival features various outdoor activities, including barehand fishing, a sled contest, football on ice and a meeting with Santa Claus from Finland.

Some tourists visited the world’s biggest ice carving square, set up inside the tunnel of Mount Seowha, near the fest site.

The festive mood continued into the night, and 27,000 lanterns lit up Seondeung Street in the rural county. People also participated in night fishing. 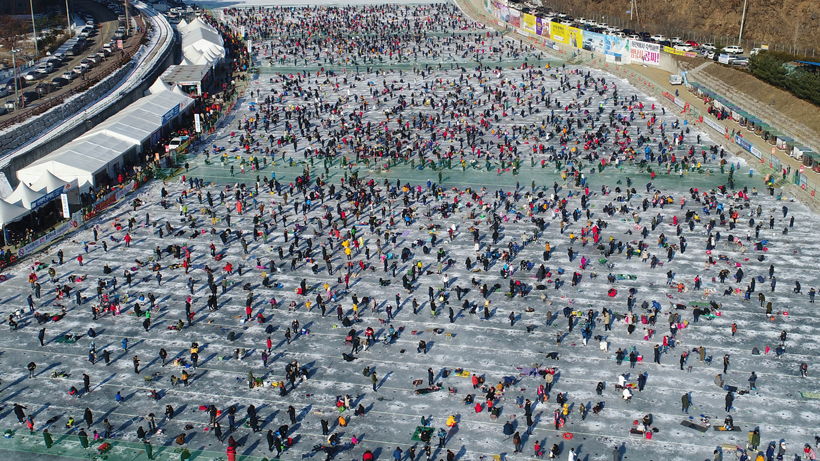 The organizer stocked fishing sites with 28 tons of trout over the weekend as a higher-than-expected number of people visited the festival. The daily average is 3 to 4 tons.

The culture ministry chose the event as the nation’s best festival in 2010 and it is regarded as one of the world’s four major winter festivals. The program “Catch Sancheoneo With Your Bare Hands” has been one of the biggest contributors to the festival’s growing global profile. Sancheoneo is a type of mountain trout.