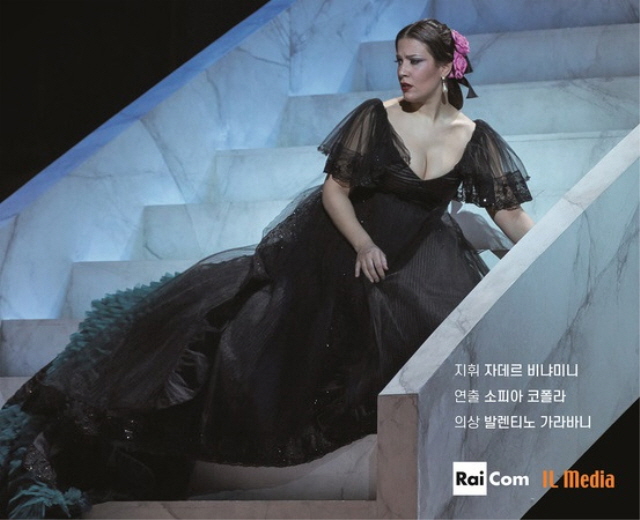 A poster of the opera “La Traviata.” (image: CJ CGV)

More than 90 percent of tickets of the opera’s theatrical showing at its Yongsan branch on Tuesday were sold, according to CGV.

Thanks to the popularity, CGV said it will continue the opera-themed program throughout this year and introduce more diversified pieces every month.

Lotte Cinema’s “Opera in Cinema” program has been a steady seller since its first showing in 2015.

It has put a number of famous operas including “The Barber of Seville,” “Carmen,” “Rigoletto,” “The Magic Flute” and “Madam Butterfly” on screen.

In 2020, it will come up with eight fresh opera works to meet rising demand for the opera-screening program.

Megabox started the “Classic Society” project in 2016 and has live broadcast a number of classical music concerts performed by renowned orchestras like the Vienna Philharmonic.

Every Tuesday and Saturday, it screens operas staged by the Metropolitan Opera in New York City.

The number of audiences for Megabox’s “Classic Society” jumped 30 percent in 2018 from a year earlier as the program has won the hearts of light classical music and movie fans who have few chances to enjoy high-profile performances in Europe.