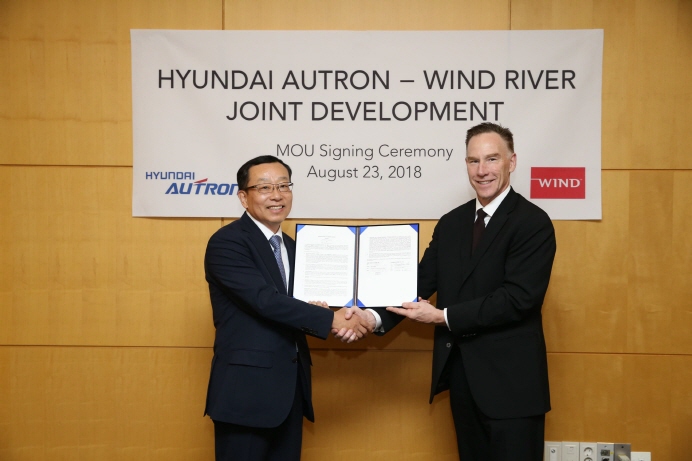 In the memorandum of understanding (MOU) signed in Seoul, the two sides agreed to cooperate on autonomous driving technologies and connectivity control platforms by 2022, the South Korean company controlled by Hyundai Motor Co. said in a statement.

“The demands of the autonomous car are causing the complexity and cost of vehicle systems to skyrocket. Simultaneously, it is paramount to keep safety as the industry’s top priority,” Wind River Chief Executive Jim Douglas said in the statement.

“Together with Hyundai-AUTRON, we’re providing the market with a safe and reliable software foundation which will help carmakers speed their innovation and maintain design flexibility.”

Wind River is a leading player in the Internet of Things (IoT) and embedded software fields. The technologies are essential for carmakers to develop next-generation vehicles mated with autonomous driving functions and connectivity technologies.

IoT refers to the billions of devices connected to the Internet through sensors or Wi-Fi. Embedded software is computer software designed to control machines or devices that are not typically thought of as computers.