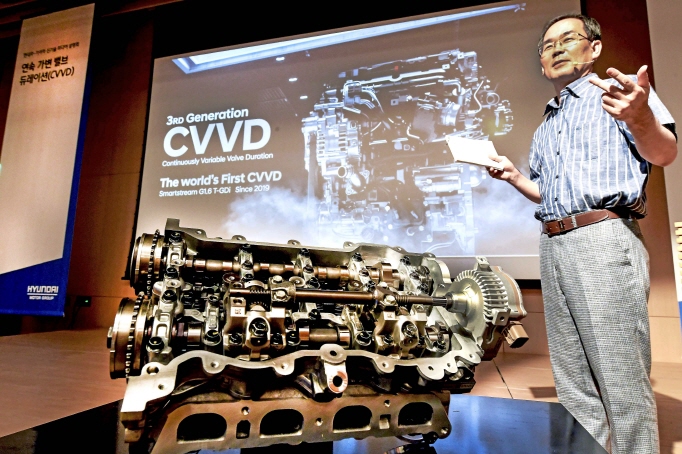 Hyundai plans to apply its own continuously variable valve duration (CVVD) system initially in its 1.6-liter turbo GDi engine, which will be installed in the upcoming Sonata sedan later this year, the company said in a statement.

If the Sonata mated with the CVVD technology is launched in the second half, Hyundai will be the first carmaker in the world to apply it to a mass-production model, the statement said.

An engine with the CVVD system allows driving performance and fuel efficiency to increase by 4 percent and 5 percent, respectively, while allowing gas emissions to drop by 12 percent compared with the continuously variable valve timing (CVVT) system, the researcher explained.

“The CVVD technology, developed based on the CVVT system, is capable of flexibly controlling the valve duration time either to enhance fuel efficiency or improve driving performance, which has been regarded as contradictory,” Ha said.

The existing CVVT and the continuously variable valve lift (CVVL) systems are programmed to focus on improving fuel efficiency or driving performance, he said.