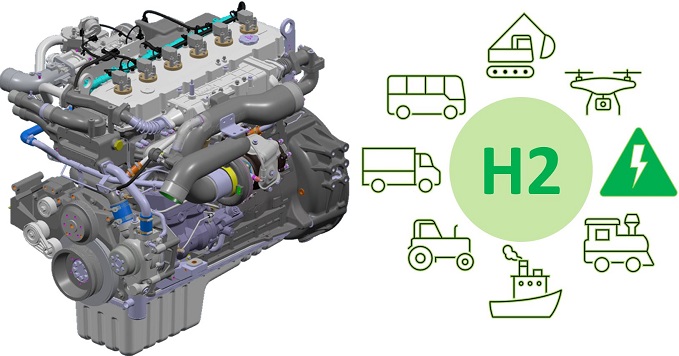 The company announced that it was selected as the lead agency for the development of hydrogen engine systems and storage and supply systems for construction machinery and commercial vehicles, a national project being carried out by the Korea Evaluation Institute of Industrial Technology.

Through this project, the company will develop hydrogen engines and hydrogen tank systems with an output of 300-kilowatt and a displacement of 11 liters that would contribute to realizing zero carbon emissions.

The hydrogen engines will be mounted on commercial vehicles such as trucks and large buses and construction machinery such as excavators by 2024 and will be mass-produced from 2025 after going through a verification process.

Hydrogen engines are modified internal combustion engines powered by hydrogen instead of gasoline.

Since they can utilize existing engine technology and facilities, development costs are lower and commercialization faster.

Unlike fuel cells that need to use hydrogen with high purity of more than 99.99 percent, hydrogen engines are economical since they can be operated even with low purity hydrogen.