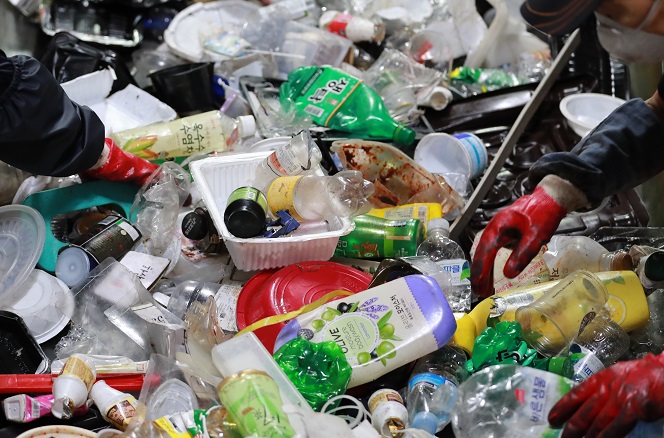 The company announced on Tuesday that it will step into the high-purity clean hydrogen business by building a hydrogen production plant using waste plastics as resources in Dangjin, in Dangjin, about 120 kilometers south of Seoul.

Hyundai Engineering expects to break ground in the first half of next year, with full-scale commercial production expected to begin from 2024. The project will cost about 400 billion won (US$335 million).

The hydrogen produced using waste plastics through a pyrolysis and gasification process will be used as a raw material for hydrogen electric vehicles, hydrogen fuel cell power generation and hydrogen-LNG co-firing power generation.

The Dangjin plant will process 100,000 tons of waste plastics per year to churn out 22,000 tons of high-purity clean hydrogen products on a yearly basis.

To launch hydrogen production, Hyundai Engineering plans to collect and use most of the carbon dioxide generated during the waste plastic resourcification process by making use of a Metal-CO2 system that is now being tested at Hyundai Steel Co.’s Incheon plant.