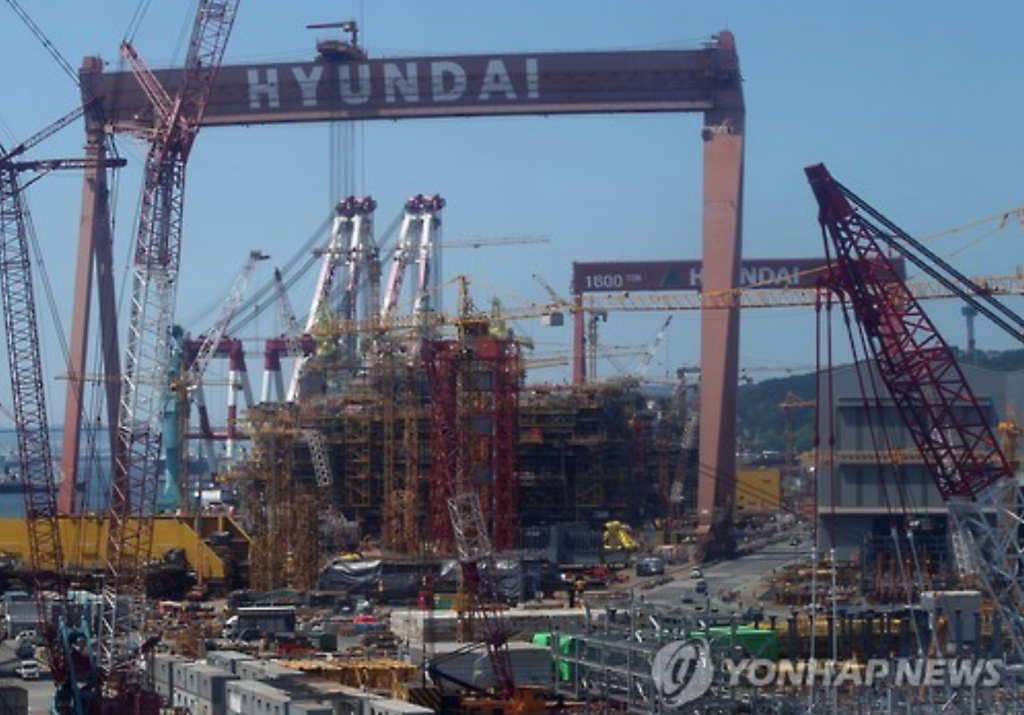 In the face of waning orders, Hyundai Heavy said earlier this week that it would split its non-shipbuilding businesses into separate firms to improve efficiency and cut costs. (image: Yonhap)

According to the sources, Hyundai Heavy revised down its order target to US$9.49 billion from $19.5 billion.

The shipyard has secured new orders worth $6.2 billion in the first 10 months of the year. With the revised figure, Hyundai Heavy achieved 65 percent of its annual order target, sharply up from 31.6 percent.

In the face of waning orders, Hyundai Heavy said earlier this week that it would split its non-shipbuilding businesses into separate firms to improve efficiency and cut costs.

Other local rivals also have suffered a fall in new orders this year.

Daewoo Shipbuilding & Marine Engineering Co. has clinched new orders worth $1.3 billion so far this year, far short of its annual target of $6.2 billion.

The shipyard is expecting its yearly figure to reach up to $2.5 billion.

Samsung Heavy Industries Co. has targeted this year’s orders at $5.3 billion, with $800 million worth of orders being secured so far this year.

“This year would be the worst for local shipyards in terms of orders,” said an industry source. “What’s more worrisome is that they will likely continue to suffer sluggish orders.”

The nation’s big three shipyards racked up a combined loss of over 8 trillion won last year. It was the first time that all three of the nation’s largest industry players registered losses due to a delay in the construction of offshore facilities and a sharp drop in new orders.