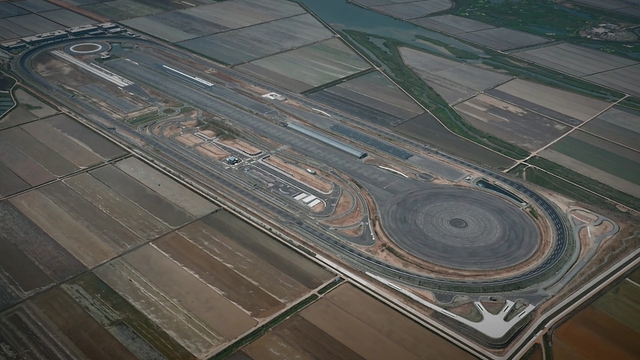 SEOUL, Jun. 12 (Yonhap) — Hyundai Mobis Co., one of South Korea’s largest auto component manufacturers, said Sunday that it has opened its first domestic proving ground that will allow it to better test parts and related technologies.

The company, an affiliate of Hyundai Motor Group, said it invested about 300 billion won (US$266 million) to build the vast facility in Seosan, 151 kilometers south of Seoul. Work on the 1.12-million-square-meter facility began in the first half of 2014, it said, adding the proving ground has 14 test roads and numerous buildings to check all the products it makes.

The test roads include a “fake city” to test autonomous driving technologies, such as radar and cameras, and the world’s longest tunnel research road to examine vehicular-related noise and various other advanced driver-assistance systems. The tunnel is 250 meters long and 30 meters wide.

Hyundai Mobis said that Seosan, in particular, will be used to develop its version of the intelligent transport systems in cooperation with the latest communications technology. Such know-how is critical for the development of self-driving cars.

The new facility will also have special courses to examine the effects on cars and parts caused by wet, snowy and iced over roads all year round, without resorting to the use of overseas testing grounds in Sweden, New Zealand and China.

Hyundai Mobis earns 90 percent of its overall sales by providing auto parts and after-sales services to Hyundai Motor and Kia Motors, which together form the world’s fifth-biggest carmaker by sales.