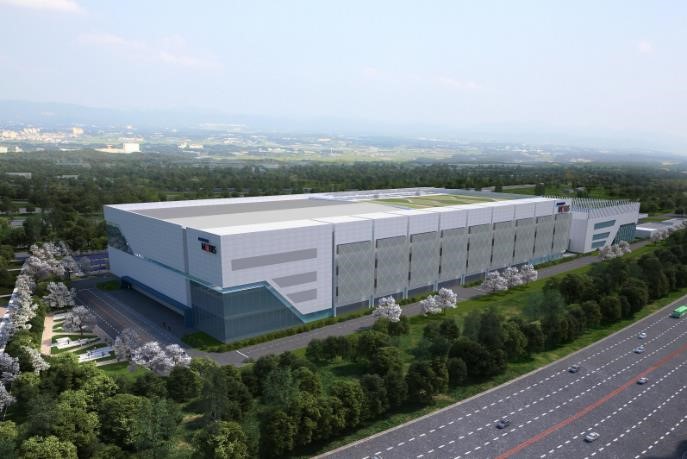 This graphic image provided by Hyundai Mobis shows the fuel-cell stack plant in Incheon to be built by 2022.

South Korea’s biggest auto parts maker will build two additional hydrogen fuel-cell plants — one for the manufacture of fuel-cell stacks in Incheon, just west of Seoul, and the other for the assembling of the systems in Ulsan, 414 kilometers southeast of Seoul — by the end of 2022, the company said in a statement.

“The company made the investment decision in order to preemptively prepare for growing demand for hydrogen fuel-cell systems in the automobile market,” the statement said.

Hyundai Mobis plans to produce 100,000 units of the fuel-cell systems in the Ulsan plant, scheduled to start production in late 2023, for hydrogen-powered vehicles made by Hyundai Motor Group, it said.

It has operated one fuel-cell plant in Chungju, North Chungcheong province since 2018. The plant is capable of producing 23,000 units of fuel-cell systems a year.

In September, Hyundai Motor it will apply the hydrogen fuel-cell system to all of its commercial vehicle models by 2028 as it seeks to gain a leading status in the hydrogen vehicle market.

The country’s biggest carmaker plans to release all of its new heavy-duty trucks, buses and other commercial vehicles as hydrogen fuel-cell electric models, with some of the hydrogen models to be also available as battery-powered ones.