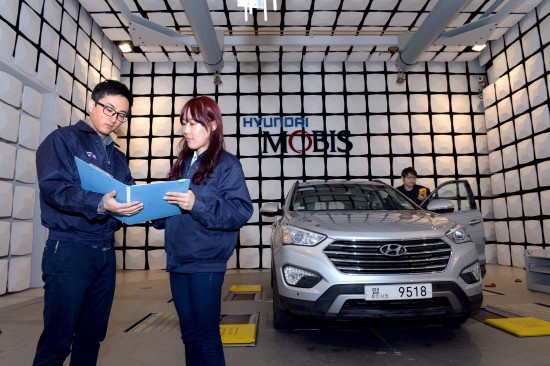 Under a memorandum of understanding signed with the Mexican state government of Nuevo Leon on Thursday, Hyundai Mobis will build a factory there by the end of 2016, the company said in a news release.

The plant will be located inside the area where Kia Motors Corp., another affiliate of Hyundai Motor, is constructing a car manufacturing factory, a move that it expects would reduce the overall costs.

Hyundai Wia Corp., also an affiliate, said that it has signed a separate deal with the state government to invest 400 billion won for a plant that produces core auto parts.