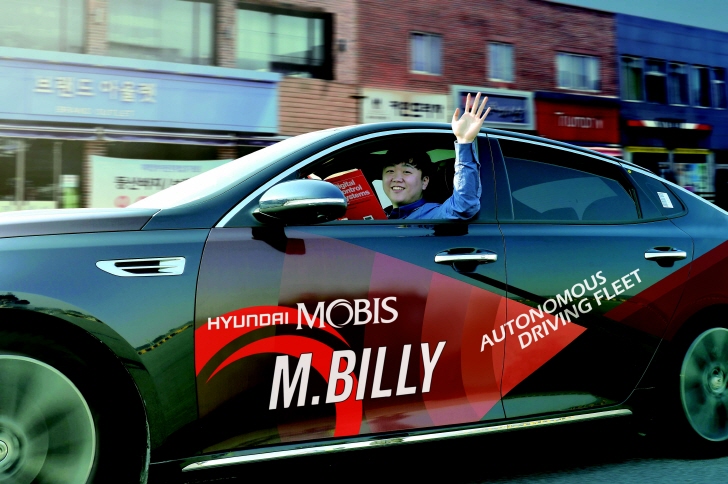 SEOUL, Apr. 19 (Korea Bizwire) — Hyundai Mobis Co., South Korea’s biggest auto parts maker, said Thursday it will test a self-driving vehicle in the United States this year, with an aim to mass-produce a semi-autonomous car in 2022.

The company said it plans to start test driving a vehicle named M.BILLY on the motorways of Michigan this year as the company obtained an approval to carry out the test from the local government in 2016, Hyundai Mobis said in a statement.

The semi-autonomous vehicle to be tested in Michigan has a Level 3 rating, which requires a driver to control the car only in emergencies.

The company also plans to carry out the same motorway test for the Level 3 semi-autonomous car in South Korea and Germany this year after obtaining a license from the local transport authorities, a company spokesman said.

Hyundai Mobis wants to increase the number of M.BILLY autonomous vehicles to 10 within this year, he said.

The company said it will raise the ratio of investments to research and development compared with core parts sales to 10 percent by 2021 from the 7 percent level in 2017. It didn’t provide the value of core parts sales.

Moreover, it plans to increase the number of engineers in the autonomous vehicle R&D department by more than 15 percent by 2021 from the current 600, the statement said.