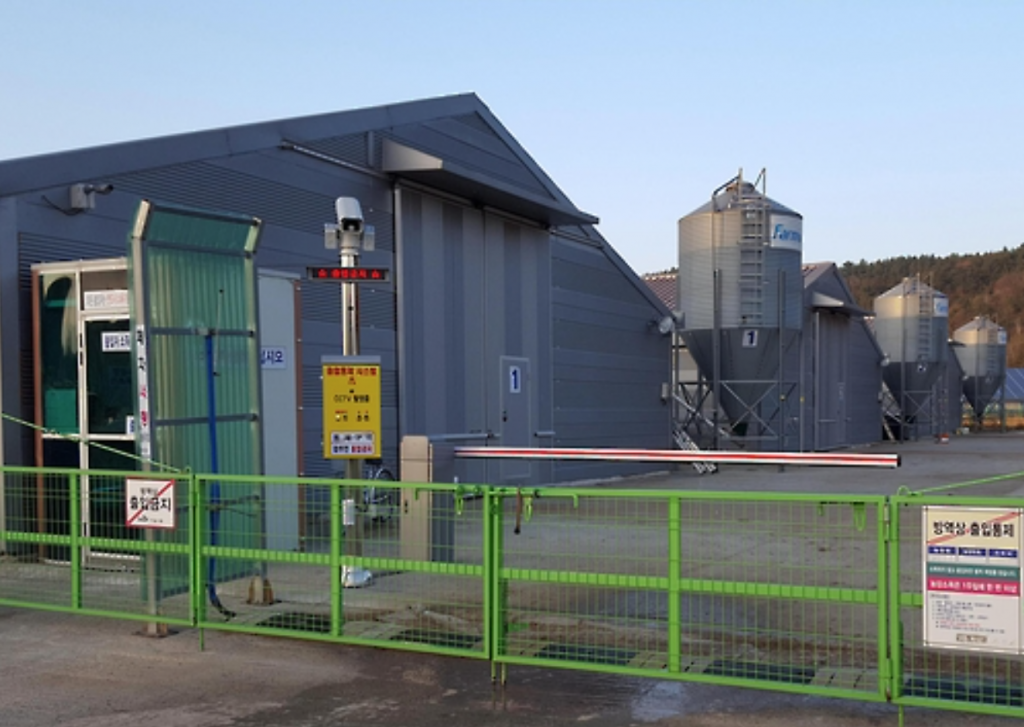 JINJU, South Korea, Dec. 6 (Korea Bizwire) – Three weeks have passed since the first detection of the H5N6 avian influenza virus in South Korea, but officials are still struggling to contain the outbreak.

Over 4.4 million poultry had been culled as of Tuesday morning, according to the Ministry of Agriculture, Food and Rural Affairs, with an additional 2.6 million birds waiting to be slaughtered.

The system, installed at farm entrances, starts recording high-definition video and sends a warning broadcast when it detects vehicles or visitors. It also displays warning text on an electronic display to restrict farm access by outsiders.

Officials added that the system’s features can be controlled via smartphone, allowing quarantine officials to check the status of a farm’s unmanned disinfection systems and also monitor vehicles entering and exiting the premises.

A total of 45 farms across the country have so far had the devices installed as part of a pilot project.