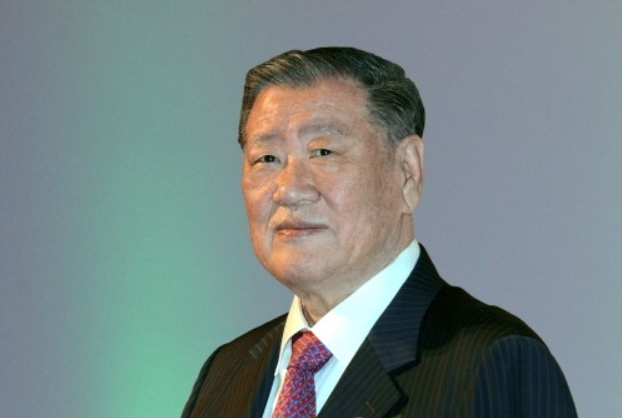 According to the sources, the two sold 5.02 million shares in the affiliate, which account for a 13.39 percent stake, through a block deal. The price per share was 230,500 won, a 2.7 discount from the previous day’s closing.

The sale price was about 50,000 won lower than what the Chung family offered at their botched first attempted sale last month.

In January, Chung and his only son, Eui-sun, vice chairman of Hyundai Motor Co., failed in their first try at the stake sale. Inside sources at the time said the market disagreed on the offered price and that there were other unspecified reasons.

The group has said that the stake sale is aimed at meeting toughened government regulations on intra-group transactions that will apply to conglomerate owners and their families owning 30 percent or more of other affiliates. The regulations will go into effect in mid-February.

The stake sale brought down the two Chung’s shareholdings in Hyundai Glovis from 31.88 percent to 29.99 percent.

The widespread speculation is that the move is aimed at helping Eui-sun gain management power of the group by raising money needed for him to purchase shares of Hyundai Mobis Co., the group’s de facto holding company, in which the junior Chung has no stakes.

The group, the world’s fifth-largest automotive conglomerate that owns Hyundai Motor and Kia Motor Corp., dismissed such rumors, saying that it has nothing to do with corporate governance.