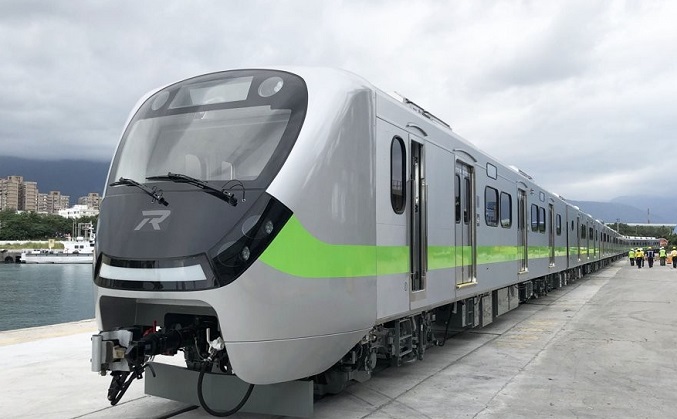 This photo shows electric trains that Hyundai Rotem Co., a South Korean railway system and plant equipment maker, delivered to Taiwan Railways Administration (TRA) on Oct. 24, 2020, for use in the eastern port city of Hualien. (Yonhap)

The group is considering selling Hyundai Rotem Co.’s loss-making railway business, according to the sources.

Hyundai Motor Co., the group’s crown jewel, is the largest shareholder in Hyundai Rotem, having held a 33.77 percent stake as of last year, which is estimated to value around 1 trillion won (US$897 million) with the management premium.

Shares in Hyundai Rotem jumped 3.13 percent to close at 21,400 won on the Seoul bourse following rumors that Hyundai Motor is in talks with Germany’s Siemens AG over sale of its stake in Hyundai Rotem.

Industry insiders said Hyundai Motor may also sell Hyundai Rotem’s defense business. But since the sale of a defense business requires approval from the government, they speculate that the company could sell the unit to local companies.