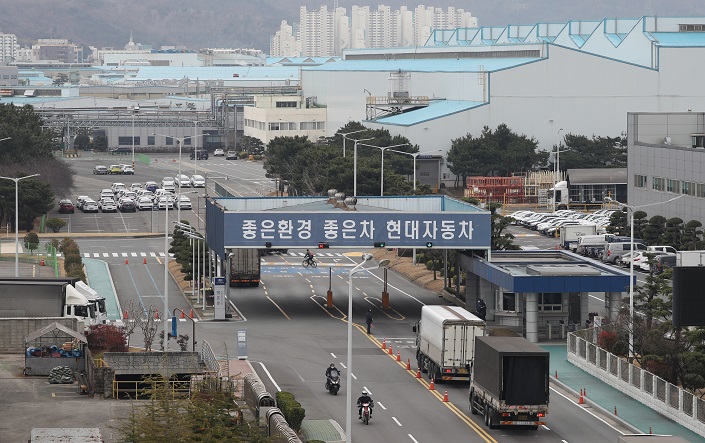 The company said it had mulled over constructing an LNG power plant to reduce carbon emissions but finally decided not to go ahead with the project after an extensive review.

Previously, it set up a plan to build an LNG power station at its Ulsan plant and to self-supply about 70 percent of its energy needs as part of efforts to cut carbon emissions as well as to reduce reliance on the Korea Electric Power Corp. (KEPCO).

“We decided to cancel the LNG plant construction plan, one of the various measures we internally reviewed to meet the global consensus for climate change,” said a company official.

Although it decided to scrap the LNG plant construction plan, Hyundai will accelerate the installation of solar panels at its major factories in and outside South Korea to lower dependence on external providers of electricity, while promoting the introduction of renewable energy power purchase agreements.