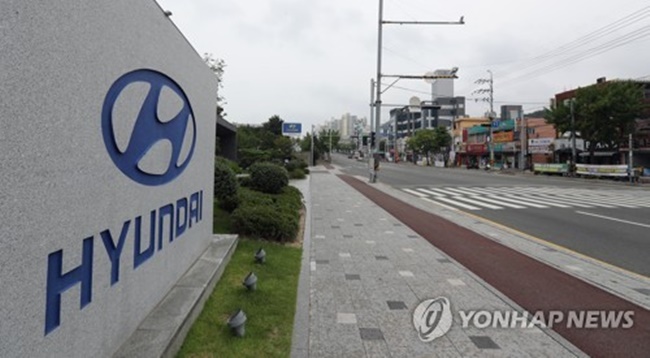 SEOUL, Aug. 17 (Korea Bizwire) – Hyundai Motor Co., South Korea’s top automaker, said Thursday that it has suffered an estimated 300 billion won (US$264 million) in lost production due to three rounds of partial strikes at its main plant in the country.

They plan to walk out again on Friday and Monday as the company’s sweetened offerings fell short of their demands.

Citing unfriendly business environments, however, the company offered to raise basic salary by 42,879 won per month and offer 200 percent of basic pay plus 1 million won as a bonus.

Mainly hit by a sharp sales decline in China, Hyundai Motor saw its sales drop 7.4 percent on-year to reach a total of 2.53 million vehicles in the January-July period.

Hyundai Motor and its union are scheduled to hold a meeting to iron out their differences on Friday. It remains to be seen whether the company will come up with fresh offerings to avoid additional output losses.

The maker of the Sonata sedan and the Santa Fe SUV has suffered production losses resulting from strikes during wage negotiations every year since 2000, except for in 2009, 2010 and 2011.