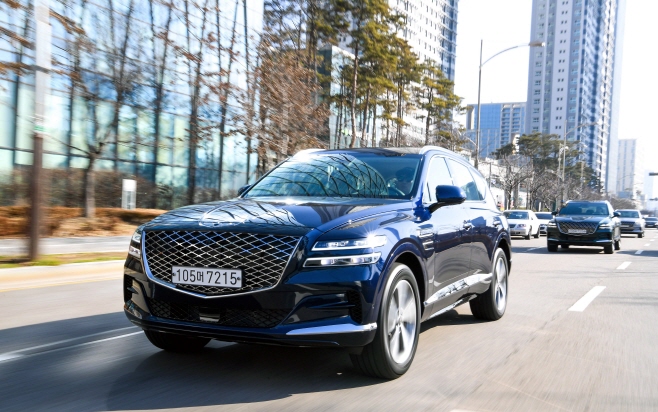 Hyundai Motor CEO Ha Eon-tae said the company will offer a wider range of value-added SUVs under Hyundai and its independent Genesis brand to gain a bigger share of the competitive market.

“We will expand the ratio of SUVs up to 50 percent of global sales by promoting the new Tucson, Palisade and Creta,” Ha said in the annual meeting of shareholders at the Seoul headquarters.

“The Genesis brand will utilize its full lineup to successfully target the North American market and tap into new markets.”

Ha said the company will pave the way to expand its market share in China, hoping to make a “turnaround” in the world’s largest vehicle market.

“We will focus on improving the brand image by expanding new models, cutting incentives and maintaining the appropriate inventory at dealerships to enhance (Hyundai’s) position in the Chinese market,” Ha said.

Hyundai has reorganized its Chinese operations since 2019 following years of weak sales, suspending the No. 1 Beijing plant and halting production of low-end compact models to enhance profitability.

To foster new growth drivers, Hyundai reaffirmed its commitment to the electric vehicle and bet on the IONIQ 5, its first all-electric model embedded with its own EV-only platform set to hit the European market later this month.

It will be launched in the United States and other markets later this year.

The IONIQ 5 received strong responses at home and abroad, with its first-day preorders exceeding 23,000 units in the domestic market and 3,000 units in Europe last month.