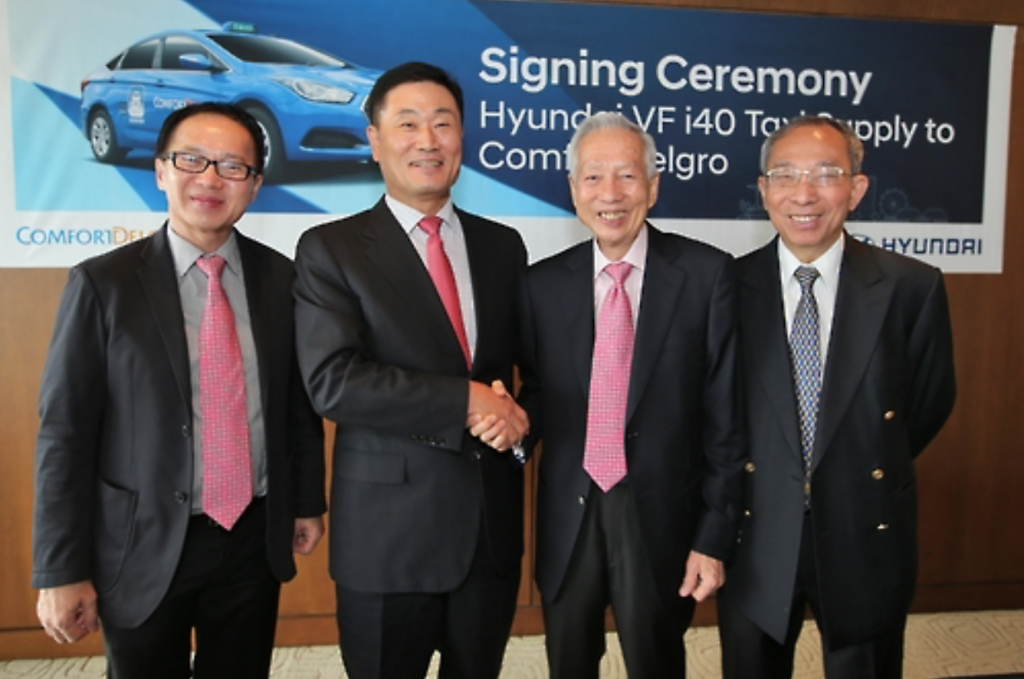 SEOUL, Oct. 6 (Korea Bizwire) – South Korea’s top automaker Hyundai Motor Co. said Thursday that it has signed a deal with a taxi service company in Singapore to supply up to 3,500 i40 vehicles by the end of next year.

The latest deal signed with Singapore’s ComfortDelgro Corp. marks the largest of its kind since the South Korean carmaker began supplying taxis to the Singaporean firm in 2007, Hyundai Motor said.

It did not specify how much the latest deal was worth.

Hyundai Motor cars already make up more than half of all operating cabs in Singapore. As of end-June, 58.5 percent — 16,508 out of a total 28,193 — of taxis currently in service there were Hyundai vehicles, Hyundai Motor said in a press release, adding Hyundai cars have maintained the largest share in Singapore’s taxi market over the past seven years.

“Supplying taxis to Singapore, an important means of transportation there, will provide a valuable chance to globally promote the outstanding quality of Hyundai cars in the country that annually attracts more than 15 million tourists from around the world,” it said.