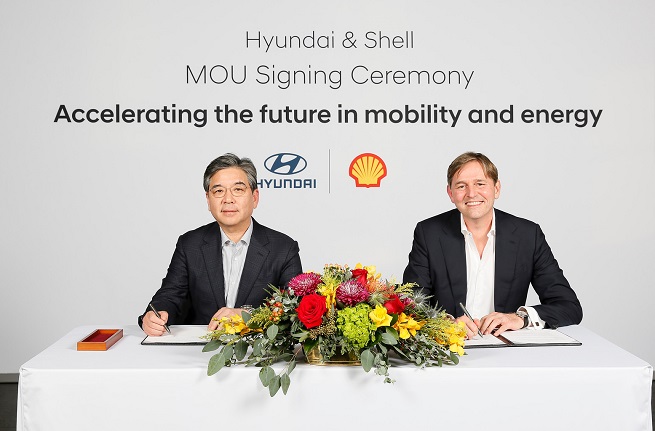 This photo taken in the third week of February, 2022, and provided by Hyundai Motor shows the carmaker’s Chief Executive Officer Chang Jae-hoon (L) and Shell’s Downstream Director Huibert Vigeveno signing an MOU for partnership in electrification and carbon neutrality at Hyundai’s U.S. office.

“The partnership is part of the companies’ drive to diversify their business portfolios for growth in the upcoming era of EVs,” a company spokesman said.

Hyundai and Shell will establish EV chargers at the latter’s gas stations initially in Asian countries as local demand for EVs is on the rise, the statement said.

Shell has a plan to purchase Hyundai’s hydrogen fuel-cell trucks and battery-powered vehicles if the partnership goes as planned.