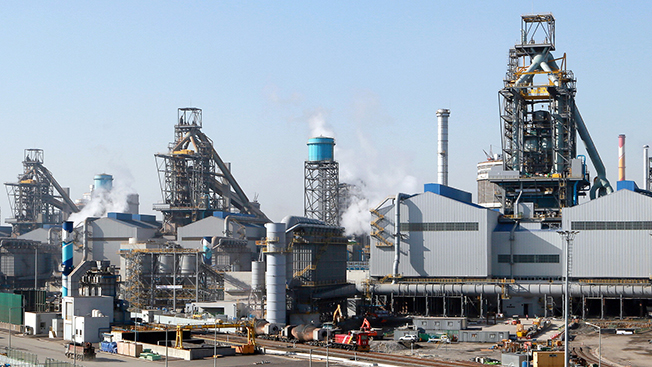 DANGJIN, Korea, Jan. 16 (Korea Bizwire) – Amid the full-fledged trading of greenhouse gas emission quotas and the increased awareness of the importance of CO2 emission reduction, Hyundai Steel gained attention after receiving international recognition for its efforts to reduce emissions.

South Korea’s second largest steel mill announced on January 15 that it won an international certification of its efforts to reduce greenhouse gas emissions from the Verified Carbon Standard (VCS). Hyundai Steel is currently reducing emissions by reusing waste gases from its blast furnaces in power generators.

The VCS is an organization established jointly by the World Economic Forum and the International Emissions Trading Association in November 2007.

With the gas emission reduction system, Hyundai reduced 3.21 million tons of CO2 emissions, equivalent to the gas emitted by 230,000 people or planting 23 million pine trees. The company is running a task force to reduce greenhouse gas emissions and energy usage.

An official at Hyundai Steel said, “We will continue our efforts to reduce energy usage by running the greenhouse gas TF team and improving our energy management systems. Through our efforts, we plan to raise our ability to respond to climate change concerns and regulations on greenhouse gas emission.”

Meanwhile, the company is strengthening its corporate communications activities by disclosing its efforts to reduce emissions. In 2012, it joined the Carbon Disclosure Project and earned awards of best performing new member (2012) and sector (commodity) leader (2013-2014).