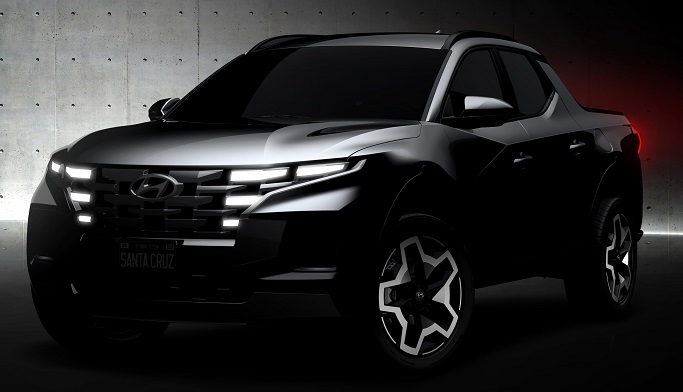 This photo provided by Hyundai Motor shows the front of the Santa Cruz SAV.

SEOUL, April 1 (Korea Bizwire) — Hyundai Motor Co. on Thursday released a teaser for the Santa Cruz pickup ahead of its unveiling in the United States this month.

The Santa Cruz sport adventure vehicle (SAV), a model that sits between a sport utility vehicle and a pickup truck, boasts a bold yet sophisticated design, advanced connectivity and an all-wheel drive platform, the company said in a statement.

“Santa Cruz, with its bold styling, breaks open all-new segment territory, both for Hyundai and the industry as a whole,” Hyundai Motor North America President Jose Munoz said in the statement.

Hyundai will produce the much-awaited Santa Cruz at its Montgomery, Alabama plant this summer, it said.