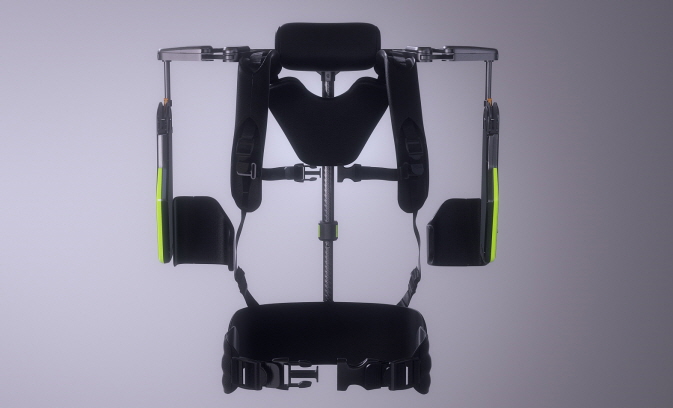 The group, which has Hyundai Motor Co. and Kia Motors Corp. under its wing, introduced Vest EXoskeleton (VEX), a wearable robot designed to help those who spend long hours working in overhead environments.

The VEX can reduce fatigue of the workers by imitating the movement of human joints to boost load support and mobility.

The vest, which functions without a battery, weighs 2.5 kilograms, which is up to 42 percent less than competing products, according to Hyundai Motor. 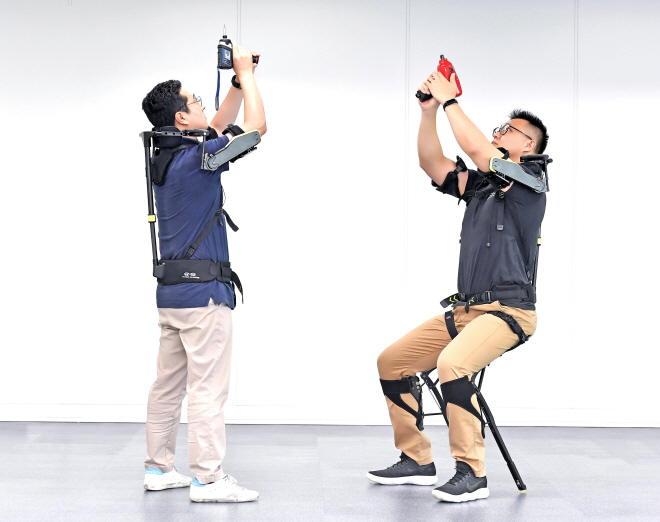 The VEX is the second industrial wearable robot from Hyundai, following its Chairless EXoskeleton (CEX).

The conglomerate said it is considering using the VEX in its plants around the world, including South Korea.

Hyundai said the VEX will start to be produced by its affiliate Hyundai Rotem Co. in December. The price of the VEX will be 30 percent lower than existing products, which usually cost around US$5,000.