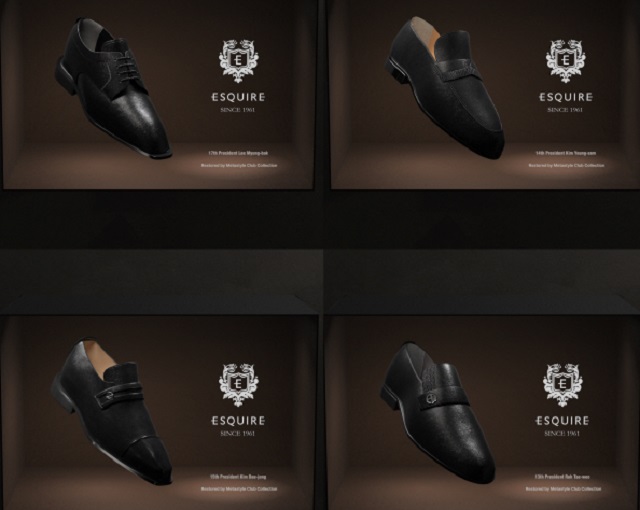 With a legacy of being a presidential shoemaker, the company restored the shoes worn by ex-presidents Roh Tae-woo, Kim Young-sam, Kim Dae-jung and Lee Myung-bak, based on orders and shoe trees its master craftsmen have made and kept.

The company also plans to restore the shoes worn by late President Park Chung-hee and issue them as an NFT on Nov.14, the birthday of the former President.

The restored shoe NFTs would help identify what designs the former presidents preferred.

When it comes to ex-President Park, his foot size was 245 millimeters, but he used to wear bigger shoes with high heels of about 40 millimeters.

Late President Kim Young-sam had high-arched feet and thus showed preference towards the design that elevated the height of the leather covering the top of foot.

Hyungji Esquire plans to issue additional NFTs as an homage to presidential shoe designs, and all profits from NFT sales will be donated to charity.

In addition, it will donate the NFTs of shoes worn by former presidents to the presidential office Cheong Wa Dae.