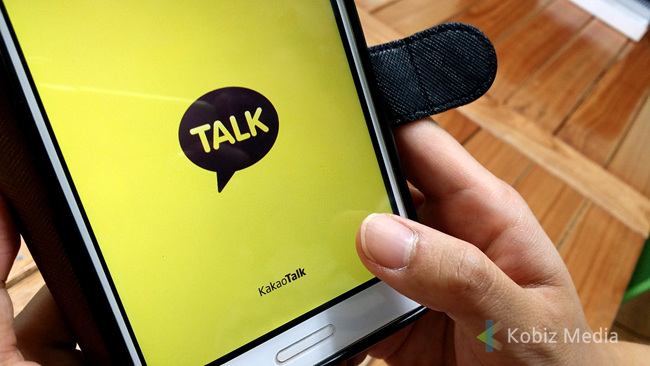 As the word-of-mouth reputation on smartphones equipped with KakaoTalk gets spread, used smartphones are sold at about US$300 among North Koreans residing in the border areas.(image: Kobizmedia/Korea Bizwire)

According to Radio Free Asia, an American non-profit news media broadcast in nine Asian languages for audiences in six countries including North Korea, on August 1 quoting a North Korean defector named “Hyun” who is in contact with residents in the border regions in North Pyeongan Province, the State Security Department of North Korea is currently searching intently for anyone using KakaoTalk in North Korea.

Mr. Hyun said in an interview with Radio Free Asia, “If one is caught using KakaoTalk, he is suspected of a South Korean spy.” Still, he continued, “Exchanging messages with KakaoTalk is not easy to be detected and the messenger works well even in weak signals.

The people I know have had difficulties using the app for months after the North Korean government started sending out jamming signals. After I smuggled in several smartphones with the KakaoTalk app installed, they said it was working great,” suggesting quite a sizable number of people are using the app to keep contact with the outside world.

As the word-of-mouth reputation on smartphones equipped with KakaoTalk gets spread, used smartphones are sold at about US$300 among North Koreans residing in the border areas. Upon learning that KakaoTalk permits the user to be in contact with anyone in the world, not just those in South Korea and the United States, the State Security Department has strengthened its control on the illegal KakaoTalk users.

A North Korean defector named “Yang” also said to Radio Free Asia, “The first thing the State Security Department officers looks at is if there is the KakaoTalk icon on the opening screen. Anyone caught with incoming and outgoing KakaoTalk messages in their hand phone [mobile phone] is prosecuted as a spy.”