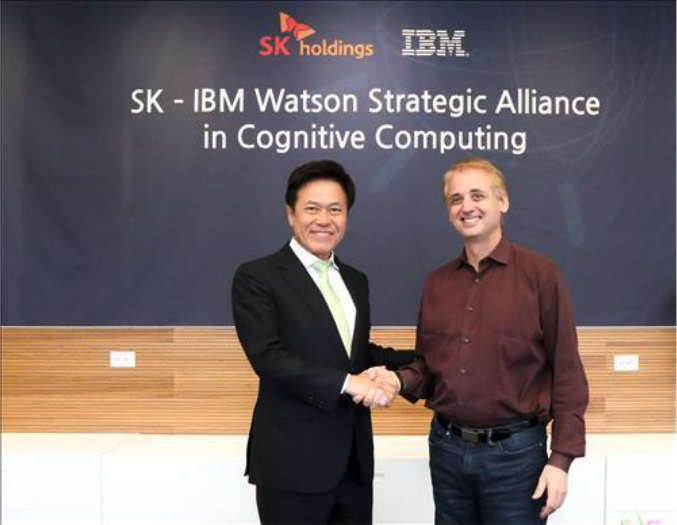 Under the plan, IBM will provide the Korean-language edition of the IBM Watson service to local users in the first half of 2017, while forging a business partnership with SK Holdings C&C and designate the South Korean firm as “preferred distributor.”

The agreement also calls for the two parties to establish infrastructure for Watson in South Korea, as well as to roll out marketing projects to promote the service.

SK and IBM also plan to create a fund worth billions of won to lend support to local startups to beef up the growth of the AI industry in South Korea.

“The South Korean marketplace is moving quickly to embrace the disruptive opportunities from next generation technology,” added David Kenny, who oversees IBM Watson.

“Our strategic alliance with SK Holdings C&C will put cognitive services in the hands of more businesses and developers, allowing them to apply Watson within their organizations to help transform entire industries and professions,” Kenny added.